There's been another apparent assassination of a police officer, this one coming in New York City. The victim was a Myosotis Familia, a mother of two, who was reportedly quite popular on the force: 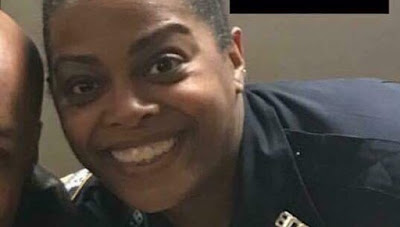 The murderer was Alexander Bonds, out on parole from a 2013 robbery, who had assaulted another police officer with brass knuckles in 2001: 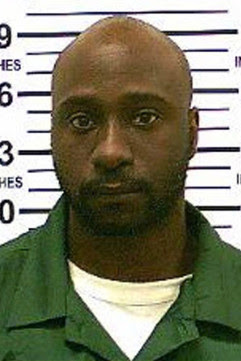 It's been my recent vague impression that a disproportionate number of men who've committed violent crimes have had a vestigial sagittal crest, i.e., the top of their skull seems to come to almost a peak.

Bonds, who had expressed his hatred of the police in a recent Facebook post, has the wide, powerful jaws one associates with sagittal crests (the original purpose of which was to anchor the jaw muscles to make for a more powerful bite).

Here's are a few more examples, and another.

Bonds doesn't have as powerful a build as some of the others with sagittal crests, but he was apparently homeless from time to time, which may partially explain that.
Posted by John Craig at 12:57 PM

A good, productive member of society gets killed by a criminal. I tire of these senseless killings.

Ah, "sagittal crests", frankly never heard of this anomaly. Really, one of the reasons I keep up with your posts. Another was "sanpaku eyes." (one of the commentators mentioned it)

It would be interesting to scan the brains of these characters to understand how
the brain has developed for the skull to form in such a way. How the thoughts have
shaped the brain which in turn has changed a person's physiognomy.

Susan --
Actually, when you think about it, it makes perfect sense: you rarely hear of a criminal being murdered by a good, productive member of society.

Sherie --
Thank you. (Was afraid I'd lost you after our last exchange.)

Yes, I'd be curious to know exactly how the brain is affected by being shaped like that. It certainly seems like a pretty atavistic trait.

Don't worry I have a soft spot for an honest, non-hypocrite with a quirky sense of humor.

Though sometimes you do miss the point of my inferences. In this case again, the violent thoughts have changed the brain which has changed his facial structure.

Have you heard of the term chirality, how the face is affected by emotions/thoughts.
https://www.psychologytoday.com/blog/spycatcher/201605/chirality-look-emotional-asymmetry-the-face

Sherie --
I hadn't heard that term before, interesting. And the example that guy used, Drew Peterson, is a perfect example.

I had read the book he referenced, The Gift of Fear. That one is all about how we subconsciously pick up on clues that our conscious minds aren't aware of, so when we feel that something isn't quite right, we should pay attention.

It dey crowns, dey be kangs! (And by "crowns, I did not mean "crayons", but the headdress of would-be kangs!)

Why do all ret@rded unneducated folks have such a boner for skulls? Go get a degree, loser...