One of the most striking things about that list from two posts ago of the top 25 most prolific serial killers is that four of them were nurses. Nurses -- and doctors -- are trusted precisely because of the uniform they wear. So any nurse with mayhem in mind can do a lot of damage before being caught.

Some of these nurses should probably have ranked higher on the list, as well. For instance, Charles Cullen, ranked #24 with 37 victims, is thought to be responsible for as many as 300 deaths. That makes Ted Bundy and John Wayne Gacy look like pikers. (The reason Cullen doesn't rank higher is because the list used only the proven number of victims.)

The even more striking statistic is that three out of four of the top serial killer nurses were men, during a period when men comprised only 5% of all nurses. (The percent of nurses who are male rose gradually from 2.7% in 1970 to 9.6% in 2013.) 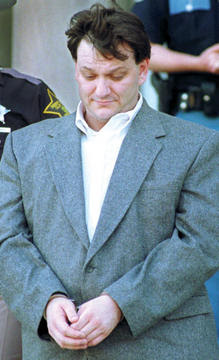 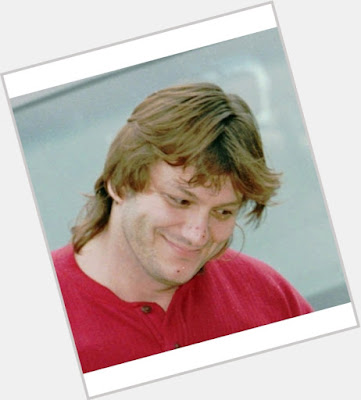 (He bears a slight resemblance to "Buffalo Bill," the character in Silence of the Lambs:) 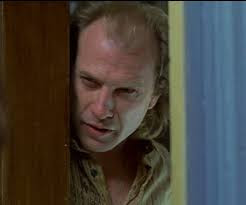 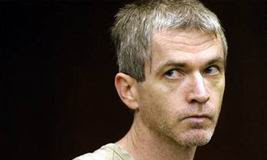 Donald Harvey, ranked #2 among American serial killers, confessed to killing 87 people. He was active from 1970 to 1987: All three of these men are still alive, unlike their many elderly victims. (It's easier to get away with multiple killings if you work with the elderly, as their deaths will arouse less suspicion.)

The only woman who made the top 25, Jane Toppan, was active from 1885 to 1901. So serial killing, once again, is mostly a man's world. This doesn't mean that the vast majority of the tens of thousands of male nurses, of course, aren't perfectly upstanding people. But the disparity is still striking.

Not that anyone would object if you pointed that disparity out. Today's politically correct world is all about favoritism, and since women are favored over men, pointing out that even among nurses, serial killers are more likely to be male is perfectly acceptable.

To point out the even more obvious fact that most serial killers in general are male would also ruffle no feathers. Yet pointing out other equally factual disparities involving gender or race somehow seems to evoke shrieks of protest.

Suppose that men's rights advocates behaved like feminists, and imagine you had the following conversation with one:

You: Did you know that three quarters of the most prolific serial killer nurses have been male, yet males are only 5% of all nurses?

Men's Rights Advocate: Well, you know, the vast majority of male nurses are law-abiding, and do their jobs very caringly.

You: Yeah, yeah, I know. But still, that's a pretty striking statistic, don't you think?

Men's Rights Advocate: I find it really offensive that you would point that out.

You: Why? It's just an interesting fact, that's all.

Men's Rights Advocate: It's really sexist that you would try to tar all men that way.

You: But all I'm saying is…

Sounds awfully silly, right? Yet other, touchier topics evoke such reactions constantly. So most people -- unlike me -- know better than to point such skewed statistics out.

Anyway, if I run across a male nurse, I certainly won't shun him. But a thought or two will cross my mind.
Posted by John Craig at 8:22 PM

> The even more striking statistic is that three out of four of the top serial killer nurses were men, during a period when men comprised only 5% of all nurses.

I wonder if the 5% stat was for civilian nurses only or if it also included military nurses (much higher percent male). If it doesn't exclude the military nurses, a civilian male nurse may have been ever rarer than 1/20 at the time. I note this because all of the noted modern male serial killer nurses were civilian nurses (Cullen joined that navy and was in the submarine service, but only got into nursing after leaving the army).

Also, men and women were/are often uncomfortable with males in a caretaker/comforting role. Perhaps this subconscious reaction can be slightly justified when noting the rarity of male nurses and their frequency in serial killer lists (while running into a serial killer male nurse is probably as rare as a being struck by lighting, you still take precautions).

Purpletigerbot --
I'm not sure; the 5% figure I used was just an estimate from that gradually rising percentage which I quoted, from that site I linked. You could well be right, the percentage of civilian male nurses might have been even lower.

I've had some dealings with nurses recently, and all have been female; I agree, I feel much more comfortable with females in that role.

Have you seen this: 10 unexpected benefits to being a psychopath?

Berit --
No, I hadn't, it's interesting, thanks. A lot of it is true, some isn't. #10, psychopaths are better-looking, is somewhat true because they pay more attention to dressing up and looking good. They're also more likely to get plastic surgery, take steroids, etc. Appearance is all. #9, better at reading people, definitely true. They know how to hone in on a person'a weaknesses, no question. #8, better conversationalists. In the short run, yes; they have a certain glib charm which can be electrifying when you first meet them. But "better conversationalist" includes a whole host of things including being willing to listen, which sociopaths often will not have the patience for. #7, work better under stress. Unquestionably, they simply don't feel stress the way others do. #6, more creative. Well, more "creative" with their lies, maybe, but I've seen a fair amount of literature describing how sociopaths are almost never truly creative, in the sense of really creating something new. Their minds simply don't work that way. #5, better business people. Agree. #4, better soldiers. In some ways, definitely: they are fearless, and don't feel stress the same way. And, they're natural born killers. But at the same time, they don't take orders as well, and are responsible for far more than their proportionate share of "friendly fire" incidents. And they will undermine morale in a unit. #3, better surgeons. Well, more cold-blooded surgeons who are less likely to make an error because of nerves, yes. But if they have a patient they don't like, I'd say, watch out. Personally, I wouldn't want to go under the knife with one of these guys. #2, they can hide the fact that they're psychopaths. In the short run they can, in the long run they can't. But even if they can, is that actually an ADVANTAGE to being a sociopath? #1, have a better chance of creating more psychopaths. True enough, but again, is that really an advantage. Would you want your child to be a heartless psychopath when you're in your old age and want comfort and care?

Steven --
Ayaan Hirsi Ali is a real hero. And everything she says is true.

Admittedly off topic but did you read the Harris Wofford piece in the New York Times? No, he didn't come out as a serial killer but I just found the whole situation so weird I needed one of my favorite bloggers to tell me my opinion. If you do read it, pay attention to the anecdotes he uses to describe his dead wife. Sorry, no link but you can google it if you take requests.

Mark --
I had seen the headline and read the first paragraph or so but not the entire thing, which I just did. Yikes. Hadn't realized he was 75 when he got together with this 25 year old. If the 25 year old had been female, all of the feminists would be castigating for that age difference. But since it's a guy, they all remain mute.

What struck you about the anecdotes? That they seemed curiously asexual?

I guess I read his description of her as a skeptic and a realist and thought maybe he was implying a buzzkill. I give him a pass since he was ninety but he could have at least, mentioned his feelings the first time he saw her or the first time they danced. Considering where the article was going to go, those incites would be of interest to most readers. The commentators on the article seemed skeptical but maybe they are related to the first wife(genetic?).

Mark --
Actually I sort of got that vibe a little too. He was describing her as he would a friend, not a love. A friend whose criticism he valued, which is always sort of a mixed blessing.