In June 2015 I posted about how so many of the recent mass shooters -- Dylan Roof, James Holmes, Elliot Rodgers, and Adam Lanza -- were all wimpy physical specimens.

The latest in this ignominious line appears to fit that description as well. As the Reuters reported this morning:

A French-Canadian university student was the sole suspect in a shooting at a Quebec City mosque and was charged with the premeditated murder of six people, Canadian authorities said on Monday....Court documents identified the gunman in the attack on Sunday evening prayers as Alexandre Bissonnette, 27....The slightly-built Bissonnette made a brief appearance in court.... 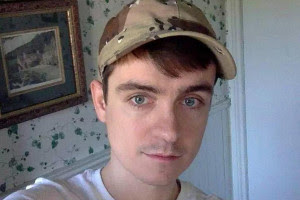 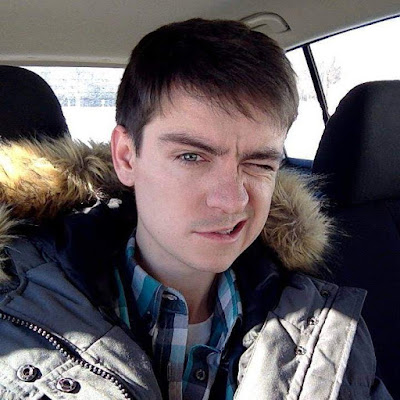 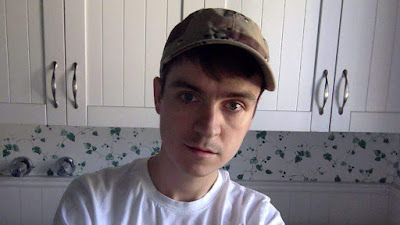 What I said in 2015 about all these killers:

What do they all have in common? They're small, even frail, and appear to have low testosterone levels. It's pretty obvious that before they took a bunch of lives, nobody took much notice of them except perhaps to note what losers they were. None were athletic, and most were probably virgins. They were all disappointments to their parents, and unpopular with their peers.

And, wimps that they were, they all needed guns as equalizers.

You hear from time to time about 'roid rage, and how steroid users can't control their tempers. And feminists love to talk about "testosterone poisoning," how men are unhinged by hormone-induced aggressiveness.

That doesn't seem to have been the case with Bissonnette, any more than with the other recent shooters. Maybe they should have gone on steroids.

Another common thread among these killers is that a number of them had Aspergers. I'm not saying Bissonnette did, but it wouldn't be surprising to hear that was the case.

How would we screen out these budding Aspie killers? We do know that if we try, the Aspergers advocates will start screaming about how the vast majority of Aspies are law-abiding and peaceful. And, of course, they'd be right. But once you subscribe to the "vast majority" logic, no screening of any sort is permissible.

Ironically, for all the anti-bullying talk, it's rarely the schoolyard bullies who end up committing these mass shootings. Far more often it's their victims.

It would be great if the media treated this killing responsibly, and took pains to point out what a loser Bissonnette was, in order to discourage copycat killings.

That seems doubtful though, especially in this case, where they'll have the opportunity to crow about Islamophobia and racism and how we need to be more welcoming to immigrants. The MSM never lets a crisis go to waste. The New York Times will probably even tie the killing to Donald Trump.

But we should see these killings for what they often really are: the revenge of the nerds.
Posted by John Craig at 1:46 PM

I thought there were two shooters and they shouting the snackbar thing?

Hooter tooter --
That's what they thought at first, and one of the "two" had a Muslim name and was a recent immigrant from Morocco, but it turned out he was just a bystander. Evidently a lot of times with these types of mass shootings the number of shooters is overestimated by panicked crowds.

And people think I'm paranoid for carrying my gun with me virtually everywhere. These shooting by socially retarded white kids are so random that they can happen anywhere.

Spartan --
True, though the odds of any retarded white kid shooting happening in any one place are pretty infinitesimal.

Your positions make too much sense, John.....

The first time I saw Dylan Roof say he was a "white supremacist" I started laughing because he clearly was a pathetic physical specimen.

Bob --
Nothing supreme about Roof, that's for sure. Certainly not physically, and not mentally, either. Plus cognoscenti of real racial differences almost never use all-encompassing terms like "supremacist." Because that always begs the question, at what?

I theorize meltdowns are due to inefficiency of the brain absorbing and distributing information. It is possible for a neurotypical to have a meltdown but it only comes after great stress such as factory workers in China who after several years of working 90 hours a week and getting only 5-6 hours of sleep every night can have one after built up stress (I kid you not, they put nets on the sides of the buildings to catch people who try to commit suicide!). A meltdown in an autistic person requires as little as wearing an itchy sweater.
Research into the brains natural inhibition should be a key area in finding medication to treat this. Unfortunetly, most research nowadays into most mental illnesses is into searching for new genes bottom up instead of examining the pathology and finding genes top down.

What can be done for shooters who are not little white kids but someone like Omar Mateen who was a bipolar masculine gay shooter? Or political fanatics like Breivik who killed out of ideology? Also Holmes killed because he thought he could extend his life by taking others lives, in other words he killed out of mental delusion rather than being a virgin.

I heard that the whole story about Omar Mateen being gay was a lie. (I'm not swearing to that, just passing along what I heard later on.) And whether he was gay or not, that doesn't seem to have been the motivation behind his crime, his motivation stemmed from his Islamic resentment of the US. A Breivik would have been hard to prevent, he was a native-born Norwegian. He was first diagnosed as being a paranoid schizophrenic, then later diagnosed as having narcissistic personality disorder, which is in fact very common (and a lot of successful people have it). Holmes was pretty obviously schizophrenic. It'd be awfully hard to keep guns out of the hands of people with every syndrome listed in the DSM. I talked about that here:

My original point of meltdowns were that they are not unique in how they occur but in the threshold and doing research into raising the tolerance and threshold should be key rather than the existence of the meltdown (which can occur in a regular person but requires 1000x more stress, just look at what happens to salarymen in japan, hence we should figure out the source that allows more tolerance to stress and why a few autistic people don't have meltdowns but others do)

Anon --
The bipolar thing makes sense, it's easy to imagine someone in his manic phase thinking he's invincible somehow.

I wonder if raising the threshold level for meltdowns is even possible. It seems to me that it would be like trying to cure a narcissistic personality of his egotism, or a sociopath of his sociopathy. Those things just can't be done.

CBD oil has been shown to help, this boy went from smashing his head to sitting still and calm.

Another, he said his temper and meltdowns began to fade away after smoking weed.
What's your opinion on marijuana and legalization anyway?

Anon --
Honestly, I have strong doubts about whether "medical marijuana" does as much good as some advocates say (having smoked a fair amount of it when I was in ninth and tenth grade). I've heard stories like the one you just told me, and other stories about how it eases pain for people who are in serious pain for some reason. And I've heard enough stories that there must be some truth to some of them.

As far as it goes as a recreational drug, I ended up concluding that it wasn't that much fun. (I smoked it to be "cool," not because I enjoyed it -- remember, I was in tenth grade -- and it was easy for me to give up, as all it ever did was make me paranoid.) But some people seem to enjoy it, and overall, I think it's a lot less harmful than alcohol. So if it's another form of tax revenue and it diminishes the power of the drug cartels, I say let's legalize it.

That said, I don't see it as a matter of great import to the republic, whose survival doesn't depend on the outcome of the debate either way. (Your survival DOES depend on which immigrants we choose to let in to our country.)