I was watching an Uma Thurman movie the other day, and idly wondered about her, so read her Wiki page. Evidently her mother, Nena von Schlebrugge, had been a top model, so out of curiosity, I Google-Imaged her. She was a spectacular beauty: 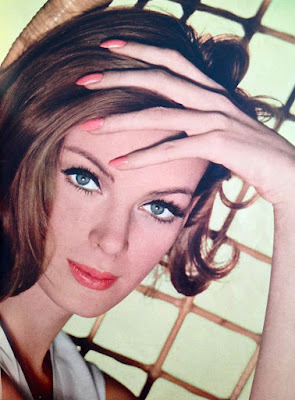 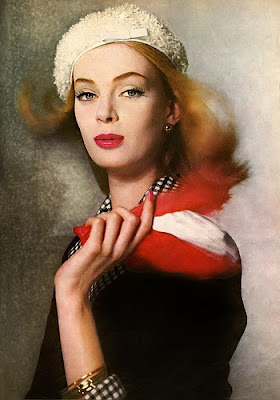 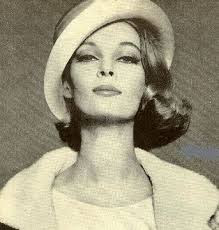 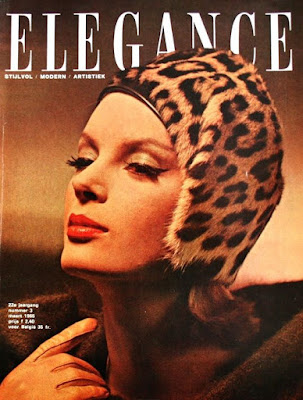 Feature for feature, Nena is probably better-looking than her daughter: 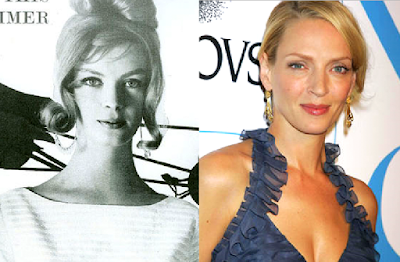 Uma's nose may be too big for classical beauty, her lips may be too full, and her eyes almost too hooded. 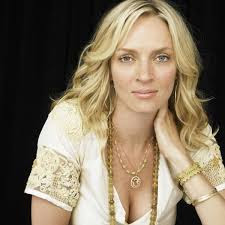 But somehow, with Uma, those flaws added up to an even greater appeal. The almost exaggerated features also seem to signal a wanton lasciviousness that gave her more personality.

Uma seems to have more star quality than her mother. That's probably an unfair comparison, since Nena worked in the 60's, and at the time a model's job was to look somewhat blank.

But maybe part of the reason Uma got the opportunity to be a movie star was because of her expressiveness. At her peak, between the ages of 24 and 31 (roughly from Pulp Fiction to Kill Bill), she was just spectacularly beautiful.

Here she is in one of the iconic shots from Pulp Fiction, expressing wryness -- which implies intelligence and a sense of humor: 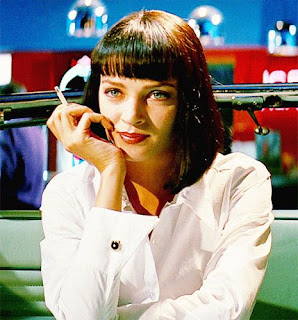 When the role called for it, she also had a certain determined cast to her mouth and jaw, that gave her a certain defiance. Kill Bill was just a comic book brought to the screen, but it needed a tough, sexy, tragic heroine, and Uma was perfect. 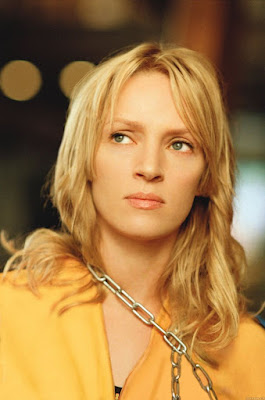 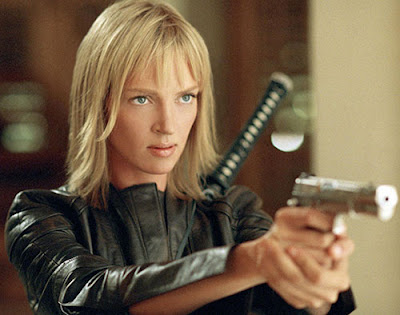 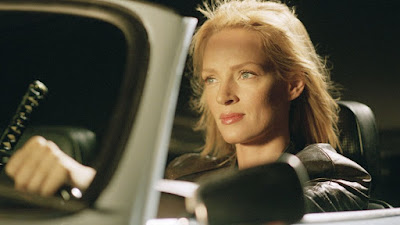 Take a look at this interview with Charlie Rose, which took place close to the release of Kill Bill. There's no point in the entire episode at which she's not just luminously beautiful, and she doesn't even appear to be wearing much makeup.

Anyway, it was interesting to find out that her mother was a great beauty, too, though I suppose it shouldn't have been that big a surprise.
Posted by John Craig at 12:13 AM

Pic of the Dad?

Unknown --
All the pics I saw were just of Robert Thurman were just of him as an older man. Uma seems to have gotten her nose from him. She also has three brothers, though, and at least two of them are quite good-looking.

He, at best, she's a seven. When I see her pic, I think: "flaky actress". I reckon it's a personal preference thing.

Hooter Tooter --
I should have made the point, as I usually do with these posts, that taste in beauty is entirely subjective. Maybe I'm biased in her favor because I've seen so many of her movies.

She does seem like a little bit of a flake in real life.

I'v always been intrigued by Uma Thurman, thinking that she's an attractive woman. She definitely looks a lot like her mother.

Susan --
I've seen a lot of her movies, am probably influenced by that. She's actually not my type, but I do think she's beautiful.

perfect beauty is just beautiful. it is the small inperfections that make for something special. look at all of the most beautiful women-- none of them are perfect. and all are very beautiful. savor the paradox.

Anon --
So true, perfect beauty is by definition a little bland. Uma was not.

Off topic, but you have to check out the 30 for 30 on Tommy morrison. Classic sociopath, that was a legitimate heavyweight contender. sociopathic athletes, in general, must do some pretty crazy stuff in that (i) they are already immmersed in a lifestyle known to be pretty out there and prone to decadence (poor kid who grows up to be wealthy pro athlete), with the (ii) sociopathic behavior impulses (now given money to play with). Don't know of any besides Tommy Morrison

Curt Flood --
I don't have the ESPN app but just read the Wiki bio of Morrison. I always figured he was on steroids, it was pretty apparent, and also figured that he probably contracted his AIDS from a shared needle used to inject steroids, not from gay sex, he didn't seem like a homosexual at all.

Is he a sociopath? He was a wild guy, and the having been married to two women at once, and the hit and run, and the punching of that student, all give the impression of a guy who was out of control. But I don't know enough to say he was a sociopath. I knew he'd gotten in trouble, but figured that he was one of those guys whose behavior was somewhat affected by the steroids, and that he was also one of those guys who had a hugely macho image that he felt he had to live up to. Plus all the guys who put their Great White Hope hopes on him put even more pressure on him. I'm not negating your theory, just tell you what my impression was.

I also got the impression he was really dumb. And that lack of intelligence never helps one come across well.

Fair enough. though he apparently knew he had HIV in 1989, and hid it from his women and opponents that whole time (according to court documents). https://deadspin.com/court-documents-tommy-morrison-boxed-professionally-fo-1784044283
he also got bicep implants (an almost laughably narcissistic act).
From reading this blog, the sociopath red flags seemed to abound!

Curt --
I'm not saying Morrison wasn't a sociopath, just that I haven't seen enough to say for sure. I agree, lying about his HIV to his sex partners (I didn't know about that) is really bad. The bicep implants thing is sort of pathetic, especially for a guy who was already very muscular, but that too could be written off as feeling that he had to live up to some manly image.

I just found out that she has quite a distinguished father, Robert Thurman, a professor of Indo-Tibetan studies at Columbia University. I've come across his name loads of times so I was surprised to find this out. He's quite a big deal as a translator I think.

Steven --
You're quite well read if you've been reading about Indo-Tibetan studies. Is that a subject you're particularly interested in?