It was hard not to be struck by the physical similarities between Sundar Pichai, the CEO of Google, and James Damore, the man he recently fired: 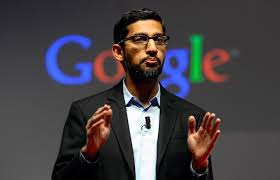 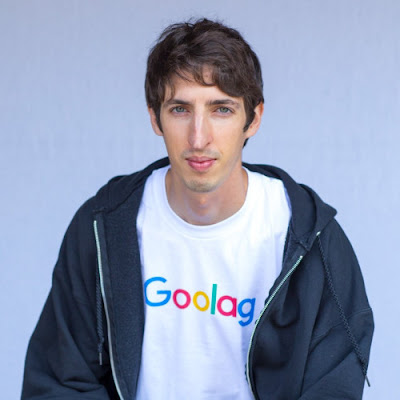 You can't quite call it a family resemblance, since Pichai is South Asian, and Damore Caucasian. But both men have the same prominent nose, full lips, thin neck, and gentle mien. And both give off the same air of general geekiness.

Not quite sure what to make of this. I'd guess they're similar types. Both were probably thought of as brainiacs by their high school friends, both probably have fairly wide-ranging interests, and it seems unlikely that either was ever a serious jock or womanizer.

Of course, that's where the resemblance stops.

As we all now know, one of them is on the side of truth, justice, and goodness, and the other one is a horrible repressive Nazi.

You can make up your own mind about which one is which.
Posted by John Craig at 10:32 AM

interesting. heartiste is big on physiognomy and having increasingly spent time amongst nerds and other assorted gamma males, i agree.

-- "Note the picture above. Wherever you find masculine white women and feminine white men, you will almost always find a certain brand of political correctness. (Tell me you couldn't have guessed the political views of the three above just from their appearance.)"

Having working in government departments, I can spot someones political leanings with great accuracy at 50 paces. Physiognomy is a big part of it, then its choice of clothing, hair cut and colour, glasses, posture, vocal inflections, body language etc. It's all there when you know what to look for and I'm very rarely wrong.

I've had to learn to be very careful what I say, what opinions I express, how I say it, how I come across etc as a result. I pretty much have to practice 'taqqiya' just to get by. Sometimes just making statements that hint you are on the same side as them is enough to blend in.

I see a huge 'revenge of the nerd' aspect that draws effeminate men into SJW/leftist causes, as it allows them to strike back via proxy at those who were above them on the social hierarchy growing up and wield some sort of social power.

Gambino Dellacroce --
You're absolutely right about the clothing, haircut, and glasses, but those are all secondary. Most of it just boils down to testosterone. High testosterone white guys tend to lean Right, and low testosterone guys lean Left, it's that simple. It seems to just be instinctive.

It's a little bit "Revenge of the Nerd," as you say, but it's also the Acquiescence of the Nerd. They want to keep their heads down and remain inoffensive so that nobody singles them out for censure, and they've learned that being PC is the way to do that. It's almost as if they're one of the girls the way they want to blend in with the rest of the hive. And there's a huge component of willful blindness there too.

Of course, that's where the resemblance stops.

Alex Jones: Nerds Are Evil People with Brains Want to Take Us Over

Alex Jones seems to be one of those guys who only hurts his own side. The first time or two I heard of something he said it seemed to make some sense (own't ask me what it was), but then he said that Newtown was just a hoax, at which point he lost all credibility. I don't doubt he's said a number of equally crazy things, and when you mix that stuff together with the true things he says, it only detracts from the true stuff.