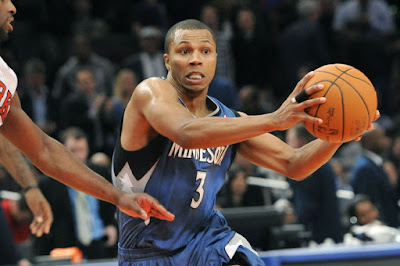 The 32-year-old had been with another man, identified as Jami Thomas, 18, when cops pulled him over in Bed-Stuy around 2:50 a.m. and uncovered the weapons cache during a routine traffic stop, according to authorities.

All in all, officers found three loaded pistols, a gas-operated submachine gun, extended magazines, ammunition and the ballistic vest.

The pair had been driving in a Ford F-150 pickup truck without the headlights on, prompting officers to stop them, sources said.

They had been parked illegally on a median on Atlantic Avenue near Classon Street just before the incident and drawn the officers’ attention.

After being pulled over, cops smelled marijuana and eventually spotted a burning joint inside the truck. They then asked Telfair and Thomas to step out of the vehicle and placed them under arrest.

Upon searching the truck, sources said officers discovered two bags of pot and the pair’s gun collection — which included a SIG MPX Pistol, a Ruger LC9s, and a Springfield Armory XD9 Mod 2 Pistol....

If you've got a carful of illegal stuff, rule number one is, don't attract attention. Drug dealers making the Miami to New York run are always told by their bosses to never exceed the speed limit, and not to drive a flashy car. They are instructed to wear conservative clothing and be clean cut. And if by chance they do get stopped by the police, they are to always reply "yes sir" and "no sir."

You'd think the same rules would apply to someone who's carrying a cache of illegal weapons.

So what does Telfair do? He drives without his lights on at 2:50AM, an hour when nobody is up to any good anyway. Then he parks illegally on the median. And all the while he's smoking a joint, so that the smell of marijuana wafts out of his truck.

What's going through the head of someone who does that?

If I were driving around with an illegal armory in my trunk, I'd be extremely nervous and paranoid. I'd be worried that my worry was causing me to look worried and that that look on my face might attract undue attention. Which would make me worry even more.

But not Telfair. He just puffs away on a doobie as if he hadn't a care in the world.

Telfair was evidently one of the most highly recruited high school players in the nation in 2004, but chose to go directly into the NBA. He never quite lived up to his promise, however, and ended up playing for eight different teams over the course of his 12 year career.

Hard not to wonder if this wasn't in part because his court sense didn't quite match his physical abilities.
Posted by John Craig at 10:45 PM

Guess we'll see if he has any other sort of "court sense".

Did they want to get caught? If not then the stupidity on show here is the stuff of legend.