When I was around ten, my parents subscribed to the National Geographic, and I would always look through it and marvel at the different cultures it showed. How exotic they all seemed. 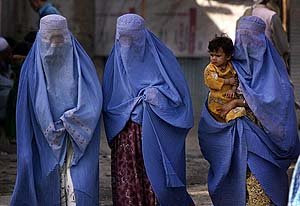 I would look at the pictures of women peering out from their burkhas in Afghanistan, and think, don't they get hot? And, you can't even tell if they're pretty or not! But it all seemed so mysterious, and different, and, in its own way, appealing. 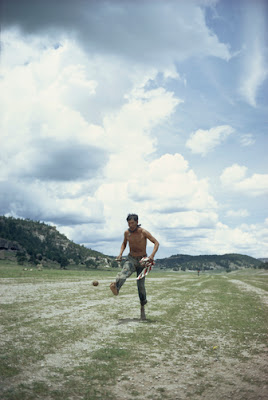 I would look at the pictures of the Tarahumara Indians who had that 50 mile race in which they had to kick a wooden ball the entire way, and I would think, what superhuman endurance they must have! I would look at pictures of South Americans in their native garb and think, how festive! 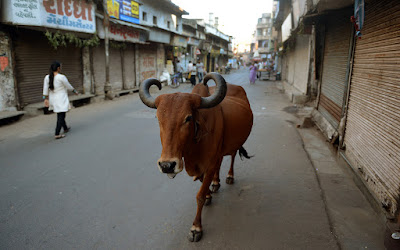 I would look at pictures of the sacred cows wandering around Indian streets and think, they're so silly -- we would never have sacred cows in this country -- we're too commonsensical! 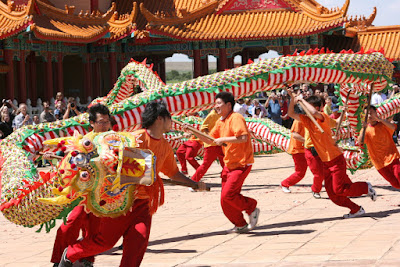 I would look at pictures of the New Years' festivities in China with lines of men inside dragon floats, making them swirl around, and think, that looks like fun! 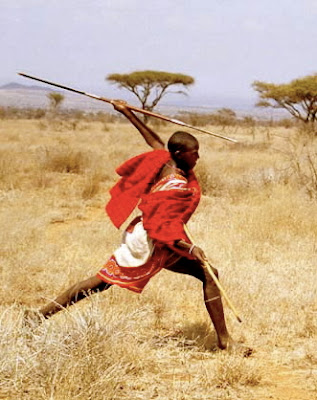 I would see pictures of Masai tribesmen and think, it must take a lot of courage and skill to kill a lion with only a spear! 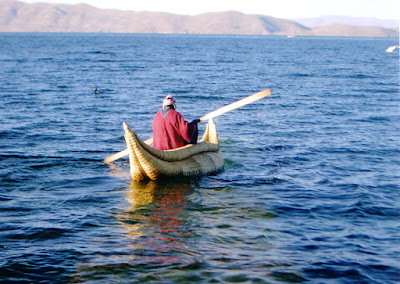 I would look at pictures of the Uro fishermen on their reed boats on Lake Titicaca and think, what a funny name for a lake! (C'mon, I was ten.) 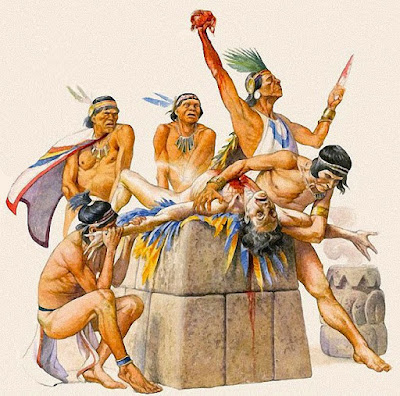 I would see pictorial representations of Aztec and Mayan human sacrifices and think, wow, those Central Americans sure were bloodthirsty!

All these cultures were foreign, and different, and primitive, and often, dangerous. So, to this ten-year-old, they all seemed cool and exciting.

But to this sixty-three-year-old, those peoples now seem best experienced from a distance, perhaps through a picture magazine, or as a tourist, if one is adventurous enough. When people from those cultures move to the US, many seem to combine the worst of their own cultures with the worst of this country. Low IQ's and lack of respect for human life do not always mix well with easily available welfare and access to guns.

Some of those beautiful -- or not so beautiful -- Muslim women may be inclined to blow us up. I can't entirely blame them, given that the US exploded over twenty-six thousand bombs in Muslim countries last year alone. But why give them the opportunity?

And MS-13 shows no more reverence for human life than did their ancestors in Central America.

You used to hear a lot about what a shame it was when certain Stone Age peoples would be corrupted by modern societies, and how their wonderful way of life would be lost forever.

Let's not corrupt any more of them by bringing them here.
Posted by John Craig at 11:28 AM

And yet look how clean and colorful it all is.

Yet the Orientalist painters made it absurdly clean and colorful and not the disgustingly dirty, grey-brown unhygienic world it really was.

When did the middle east EVER look like those late 19th century orientalist paintings. Google search images to see.

Those old National Geographic photo spreads were somewhat idealized even though they were photos and not paintings.

In reality it was a much dirtier, uglier, less clean and colorful world.

Rifleman --
You're absolutely right, although most pre-20th century painters tried to prettify whatever it is that they were portraying, just to make their art more appealing.

And yes, the National Geographic also tried to make their photos appealing, often going to the extent of choosing a particularly pretty female to take a picture of. Heck, I was even guilty of that with this post; for the sacred cow shot, there were a number of them that showed emaciated-looking cows in the middle of what looked like a garbage dump, or a particularly sordid-looking street, but I chose the shot I did just because it was less squalid-looking.

I think it's just human nature to want to make pictures of the places we've been look more like tourist brochures, and less like reality.

As far as what Said held, I think that's ridiculous. Back in the old days places were rendered more appealing by virtue of their foreignness, as I alluded to in this post.

That's a novel insight, that today it's Westerners, not isolated Stone Age tribes, whose fragile and sheltered way of life is being shattered by the outside world.

Mark --
Ha, not so novel, but thank you. We think of ourselves as a superpower, not as fragile and vulnerable, but unfortunately our political correctness has made us so.

And the tragic flip side to that coin would be...it doesn't matter how adventurous one may be...there are exotic, foreign and even beautiful countries in which Americans should not travel. If the leaders of a foreign country have made it clear that America and Americans are evil or bad...it would not be wise, as an American, to tour that particular country.

Anon --
Yes, exactly; and Otto Warmbier is, unfortunately, a cautionary tale to that effect.

Regarding Otto, I'm skeptical that he stole any poster. Psychopathic regimes would have no problem charging you with bogus crimes. North Korea killed him.

Susan --
Yes, it's possible he didn't, though none of the other people on his tour were detained. And, of course, even if he did, the idea of a 15 year sentence for stealing a poster is ridiculous.

No question that NK killed him.

We've got it worse in Europe. I wouldn't mind a Mexican immigration problem.