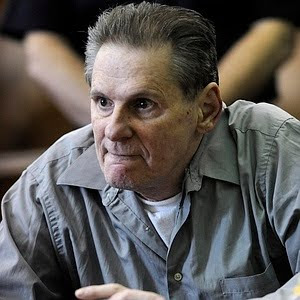 There's an old adage, "A lawyer who represents himself has a fool for a client."

A corollary might be, "A non-lawyer who represents himself probably has a sociopath for a client."

Ted Bundy chose to represent himself in court in Florida while on trial for the murder of 12 year old Kimberly Leach. Colin Ferguson, the Long Island Railroad shooter (who chose only white victims) represented himself. Jack Kevorkian, the serial killer masquerading as an angel of mercy, did. And serial killer Rodney Alcala did.

Why would someone choose to represent himself in court when he's not even a lawyer? Perhaps because his self-image is so inflated that he thinks he can do a better job than someone who's been to law school, passed the bar, and tried cases before. Perhaps because he thinks he's smarter than everyone else. Perhaps because he figures he will be able to fool the jury into believing he's innocent the same way he's conned so many other people in his life.

Now we can add Robert Camarano to that distinguished list of sociopaths who've chosen to defend themselves.

"Now he's claiming she stabbed herself.

The heroin-addled, lifetime parolee on trial in the murder of his Chelsea girlfriend continued to act as his own lawyer today -- this time cross-examining the coroner to 'prove' she accidentally stabbed herself dead on her own bed.

'Was it possible she could have rolled on [the knife], especially if she was throwing up?' defendant Robert Camarano, 62, asked from the defense table at Manhattan Supreme Court, referring to his doomed ex, UBS employee Michele Hyams, 60.

Camarano, besides deciding that he is his own best possible lawyer, showed plenty of other evidence of sociopathy. He was a previously convicted armed robber. He had been so self-indulgent that he had let himself become addicted to heroin. He stole from his own girlfriend, whom he theoretically had a close relationship with. Then he murdered her when she demanded he leave her apartment.

Of course, it's never surprising to hear that a murderer like Camarano is a sociopath; I've always found it far more interesting to realize that someone like Richard Blumenthal is one. But the main thrust of this post is to point out exactly what character traits are involved when a non-lawyer decides to act like one in court.

Next time you hear of someone who doesn't even have a law degree defending himself, especially from some horrifically gruesome crime, you can be 100% certain that person is a sociopath. And you can be 99% sure he is guilty of whatever specific crime he's being accused of.

According to William Powell, author of 'The Anarchist Cookbook', it really is a cardinal mistake for anyone to defend himself - even if he's a qualified lawyer. Judges get pissed off immediately with defendants who try it, and the jury probably also finds such defendants a little odd. I think you're probably right in saying that it's mainly sociopaths who attempt this. A normal person wouldn't feel confident enough to defend himself, but a sociopath doesn't have the same anxieties. Plus, sociopaths have such a grandiose view of their own abilities that they expect to automatically get away with whatever they did, with the help of a trained lawyer or not.

Gethin --
You understand completely. Every case I've ever heard of where someone defends himself, the defendant has been a pretty obvious sociopath. Their number includes Ted Bundy and Colin Ferguson, the LIRR shooter. There have been others, but I can't think of them offhand.

The picture of this man - he looks scary, out of his mind.

Birdie --
One picture can be misleading, but there's no question, this guy is scary.