Munchausen by proxy and virtue signaling

I've written previously about the inverse correlation between virtue and virtue signaling. I'm not using the expression in its usual political sense, but in a broader way. That correlation is probably most clearly illustrated by the way Death Row inmates, in their prison pen pal advertisements, almost always talk about what loving, giving, caring people they are.

I've explained how Munchausen Syndrome, and Munchausen by proxy, are nothing more than offshoots of sociopathy. Munchausen's requires someone who is utterly dishonest, utterly without scruples, and utterly shameless. In other words, a sociopath.

I've also written about one aspect of virtue signaling which doesn't get a lot of publicity: wearing a prominently displayed cross.

I recently stumbled across pictures of two of the more famous cases of Munchausen-by-proxy which perfectfully illustrate the intersection of these phenomena.

Here's Dee Dee. (She's on the right; her daughter, Gypsy Rose, is on the left): 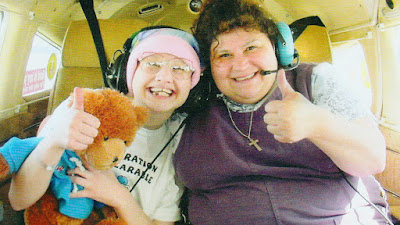 Gypsy Rose, along with a boyfriend she met online, murdered Dee Dee in 2015.

Kathy Bush is another well known case. By the age of 9, her daughter Jennifer had been hospitalized over 200 times and had had 40 operations. Hospital workers said that Jennifer's condition would inevitably worsen whenever her mother visited. A nurse said that she had seen Kathy fiddling with Jennifer's feeding tubes and IV lines, which would subsequently malfunction. Jennifer was also found to have been given drugs that hadn't been prescribed. As soon as Jennifer was placed in foster care, her condition miraculously improved. (Jennifer now insists she was never abused.) Kathy was sentenced to five years in prison, to be followed by five years of probation. 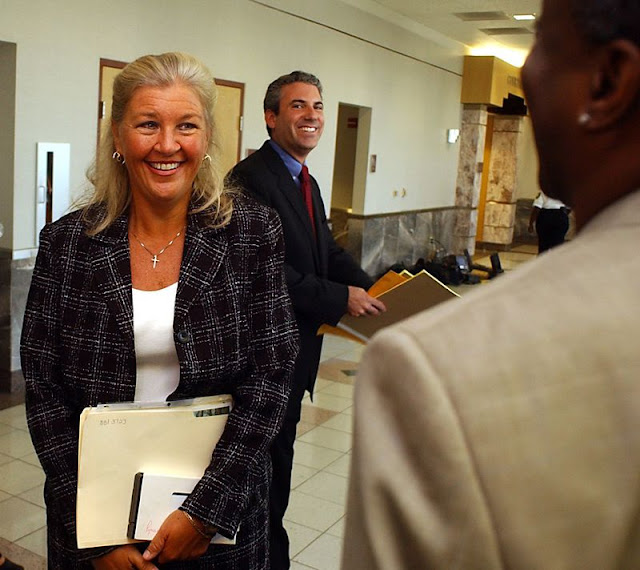 Her cross is a little more discreet, but still plainly visible.

In each case, the woman seems to be making a statement with her cross: "Look at what a god-fearing, pious, good person I am."

As always, the more virtue signaling, the less virtue.
Posted by John Craig at 7:40 PM 8 comments:

Today I had to bring a bunch of beer bottles to the return center at a Stop & Shop in a nearby town. (The one in my town doesn't accept them because they don't sell beer.)

I got a shopping cart, filled it with the cartons of bottles from my trunk and back seat, and went to the room with the recycling machines. It was just me and a homeless-looking guy who had two large trash bags full of cans and plastic bottles.

As I put the bottles in the slot, the machine spit out a bunch of receipts, which eventually added up to $7.50. I then went into the store to spend them on three boxes of Swiss Miss hot chocolate. I got to the checkout and handed the cashier, a plump, pleasant-faced young black man, the receipts.

He ran the receipts through a machine, then said, "Your total is 17 cents."

I had thought the receipts would cover it, but I guess I hadn't taken tax into account. I pulled out a dollar bill. But the cashier must have interpreted my surprised look as panic, because he said, "That's okay," and extracted a quarter from his pocket.

"Here, then this is yours," I said, handing him the bill. "One good turn deserves another."

He took another look at me and said, "No, that's okay."

I finally realized what had been going through his mind. I said, "Please, take it, it's okay, I don't return cans for a living. I was just getting rid of empties we had around the house."

As I left the store, I looked down at my shirt and saw that it had two holes in it. (I've never been of the opinion that a shirt should be thrown out when 99% of its material is still intact.)

When I took my mask off outside, I was reminded that I hadn't shaved that morning.

I pride myself on being lean. But, maybe to others, I just look malnourished.

I also take pride in looking younger than 66. But maybe I just look like a ravaged 50-year-old. My "habit" is exercise, not meth. But the long term effect of both is the same: the fat disappears.

In retrospect, I wish I'd given that cashier more; a dollar is a considerably smaller percentage of my net worth than 17 cents is of his. But it all happened so quickly I didn't really have time to think. Next week I'm going by that Stop & Shop again. If I see him, I'm going to give him a twenty.

It's the least he deserves for his good deed.

As for the insult, I suppose I'll have to let that pass.
Posted by John Craig at 8:15 PM 4 comments: