Katinka Hosszu is a Hungarian swimmer who graduated from USC in 2013. Since then she has turned professional and has dominated the World Cup competitions in a way no one before her ever has. In the fall of 2013, she won over $200,000 in this series of meets.  This year she is on track to win over $300,000. The World Cup pays only $1500 to the winner of each race, but there are also bonuses for the top overall point scorers. Hosszu has been winning up to 10 races in two days of swimming at each stop, and has also received several $10,000 bonuses for each of several world records she has set.

Away from the World Cup, Hosszu shows up at practically every meet which offers prize money. There are a few swimmers, like Michael Phelps, who've made more money from endorsements. But no one else has ever won as much prize money.

This is how Hosszu looked when she was at USC: 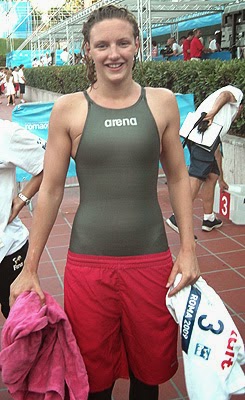 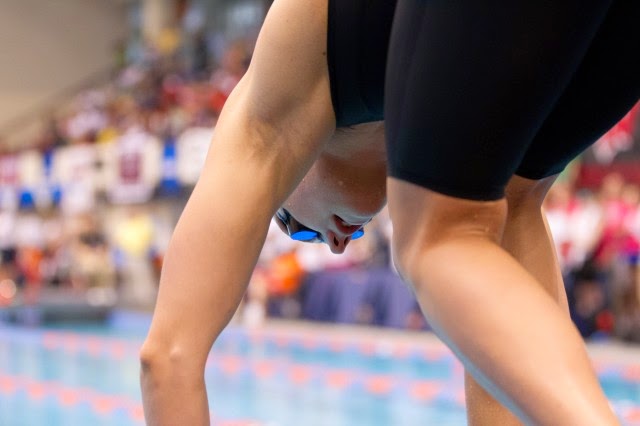 This is what she looks like a year after turning pro: 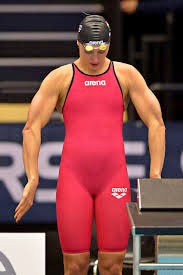 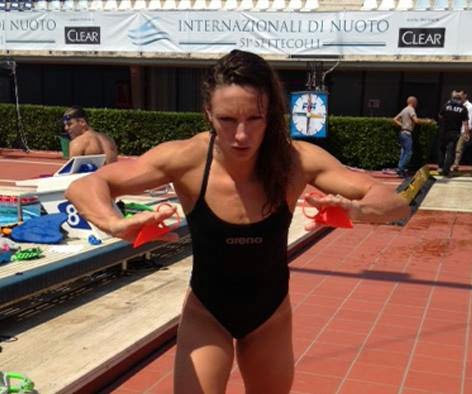 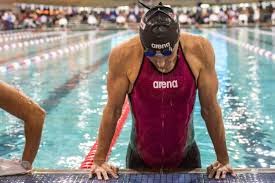 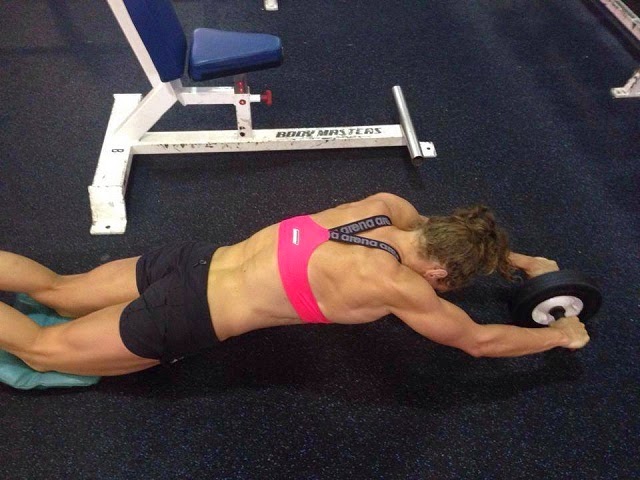 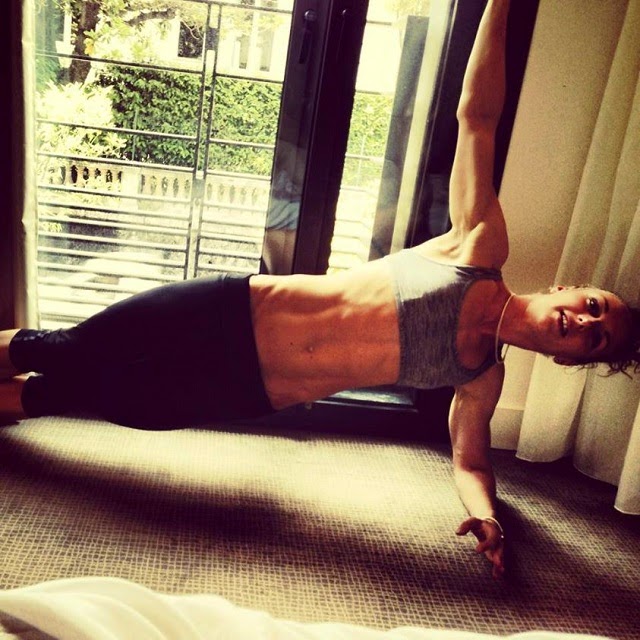 Your guess is as good as mine as to how she effected that miraculous transformation.
Posted by John Craig at 9:15 AM

Roids. She is already losing the female hour glass figure and bulking up.

Why aren't the sport regulators and watchdogs not addressing this John?

Glen --
I'm sure she gets tested on a fairly regular basis, and evidently she has passed all the tests. And if she passes all the tests (other than the visual one), what can anybody say?

But as we know, there's a long list of athletes who've been dirty yet tested negative for PED's, and it seems the dopers are always one step ahead of the regulatory agencies. (Think Lance Armstrong, or Michelle Smith.)

Swimming is a relatively clean sport, especially compared to cycling and track and field, but there have still been a number of swimmers in the past fifteen years who I'm fairly sure have been dirty.

I would like to put whatever she is having for lunch on my menu.
However, I doubt it is carrots and broccoli doing this to impact her muscles.
I have a hunch she had adopted better living through chemistry.

Dave --
Sure looks that way to me. USC has always attracted a lot of foreign swimmers, and a number of them seem to have gone over to the dark side. I'm not accusing the USC coach, Dave Salo, of instigating it, but there have been so many obvious dopers around him that it does seem he's at least turned a blind eye to it.

This past year Julia Efimova, whom I'd always suspected, was caught and is now sitting out her penalty period. But there are a lot more who haven't been caught but look as suspicious as Hosszu.

I guess she's stealing that money from whoever would have won it.

Its rare to see a woman with full blown biceps like that. I don't think they have enough natural testosterone but may be wrong.

There are a few women who are genetic/hormonal freaks and capable of putting on abnormal amounts of muscle. But the evidence against Hosszu is that she didn't used to be built that way when she was in college just two years ago.

John--I took HGH for about a year several years ago and all the blood tests showed was a slightly more normal level for my age. In other words, one can take a lot of that stuff and not test positive--unless you're taking huge amounts. Or, since she's so young, she might be working out militantly and eating like a horse. But the visual is compelling and makes one wonder. Nice. Brian

Brian --
How did you like it? Were there any side effects? And were there any aftereffects, i.e., did you feel you had gotten "addicted," even mildly, to it?

My understanding is that Hgh helps one recover faster, and can even reverse some of the signs of aging, but it doesn't give one the kind of muscle that Hosszu has now, i.e., arms like a man's. Her body is much more jacked than before, which almost always indicates steroids.

John--I liked it because I gained 5 or 7 pounds (without any more working out) but it had no other effects that I was aware of. I was concerned about developing sarcopenia so my "anti aging" doc suggested it. My libido may have increased a bit-which I don't need. No after effects or addictive feelings at all, not even mildly. I would take it again if my blood levels were low which they're not--I check them periodically as well as testosterone, etc. It would be interesting to have yours checked but I would guess that yours are quite normal given all of the swimming and weights you do. I would leave well enough alone. Brian

Brian --
Thank you for that report, and glad you came out unscathed. I've heard that one possible side effect is developing diabetes.

I have no plans to take anything myself, although I certainly wouldn't rule it out as I get older.

That transformation is massive. If it wasn't roids, then she must have actively avoided any training before turning pro.

As a finn I'd like to point out Ice Hockey as a professional team sport with probably massive doping. A lot of finns notice that when their local heroes get drafted to NHL they tend to gain a lot of weight and their jaws get more massive. Usually even the most talented finns spend two year or so at lower level AHL league bulking up.

And for European stars it means you get bigger, or you go home. Hockey players play 1-3 games a week, 82 games a season. That's not a lot of time for recuperation for the physical injuries you get from being tackled and tripped on ice. But there are still players past 35. I bet that all of them take steroids.

Also lots of stories about once promising players coming back from career ending injuries and playing better than ever. Like they somehow got an extra boost. Like something they used for healing faster turned out to make them stronger and faster.

Paavo --
I'd had no idea hockey was such a juiced up sport, but it makes perfect sense. It's a brutal game, with a lot of contact, and short recuperation times. it's Hosszu's recuperation time which gives her away as much as anything. After doing five events the first day of a meet, most swimmers would show some fatigue on the second. But she comes back completely fresh, swimming every bit as strongly as she did on the first.

Thanks for that, that was enlightening.

Anon --
Sour grapes? None of the people commenting here competed against her.

Should take a close look at her vacation/wedding photos...