The quintessential expression of sociopathy

If you ever doubt how completely different sociopaths are from other human beings, consider their behavior in court. But first, imagine how you'd feel if you were on trial for a number of murders.

If most people were faced with the prospect of a lifetime in jail, or maybe the death penalty, they'd be beside themselves with fear and depression. And those feelings would probably be superseded by the guilt at the horrible deeds they'd done, not to mention shame and embarrassment and mortification at all their friends and acquaintances finding out what monsters they really were.

Of course, no one who can feel guilt and shame would ever become a serial killer in the first place. But, just for argument's sake, imagine how you'd feel if you were on trial for a series of sexual murders.

You'd be distraught beyond belief, and ashamed beyond imagination.

Now, take a look at pictures of actual serial killers who've just been caught, and are either in police custody or on trial. The expressions on their faces tell the entire story of their character.

Here's Ted Bundy, on trial for multiple murders. He looks as if he's sharing a private joke with the judge that only the two of them are in on: 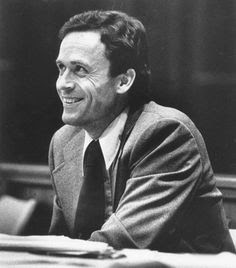 Here's Ted, looking quite pleased with himself: 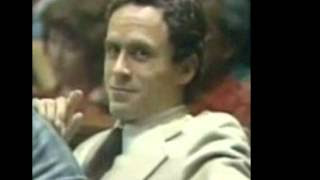 And Ted, in court once again, undoubtedly testifying to his own good character: 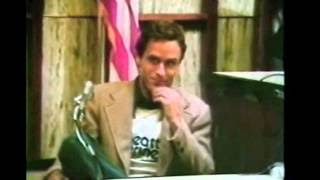 Bundy opted to act as his own lawyer at his trial; he undoubtedly felt he was dazzling the courtroom with his brilliance. 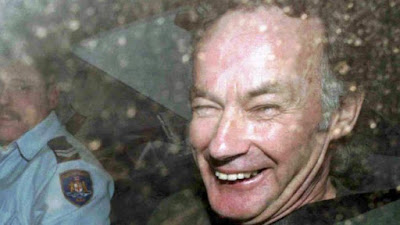 You'd think he was a Hollywood star being whisked away in his limo after a particularly well-received movie premiere.

Here's nurse Daniela Poggiali being led into court after being accused of killing as many as 93 patients at the hospital where she worked in Lugo, Italy: 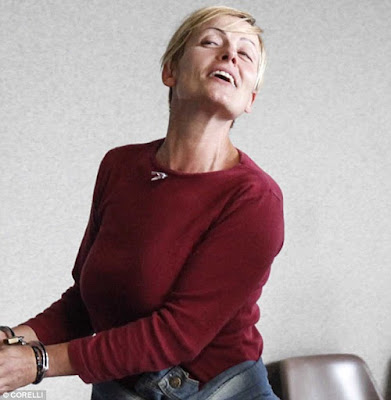 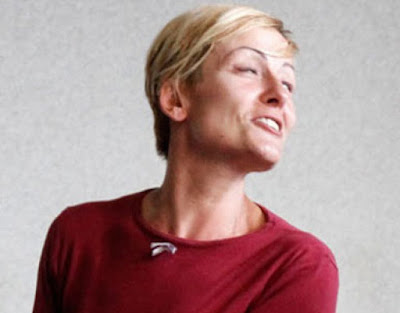 Daniela seems to be saying, "I am a free-spirit and an artist -- appreciate my work!"

Here's Richard Ramirez, aka "The Night Stalker," on trial for multiple murders: 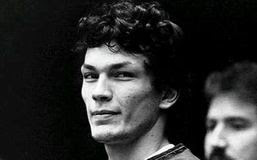 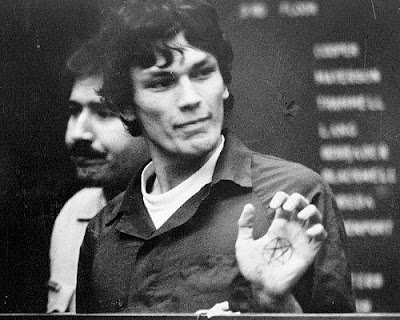 In the bottom picture Ramirez is flashing the satanic pentagram, as if to say, "See? This is what makes me so great." 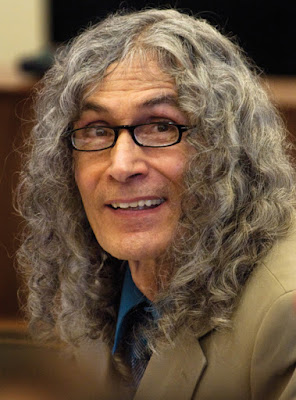 Alcala looks as if he thinks he's still on the show and has just made a particularly witty riposte.

David Berkowitz, aka "Son of Sam," after first being taken into custody: 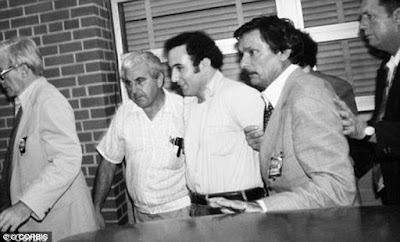 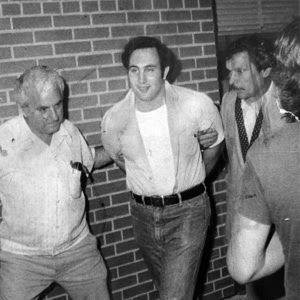 In both pictures, Berkowitz appears to be the only one enjoying himself. Hey, it's fun to be the center of attention! 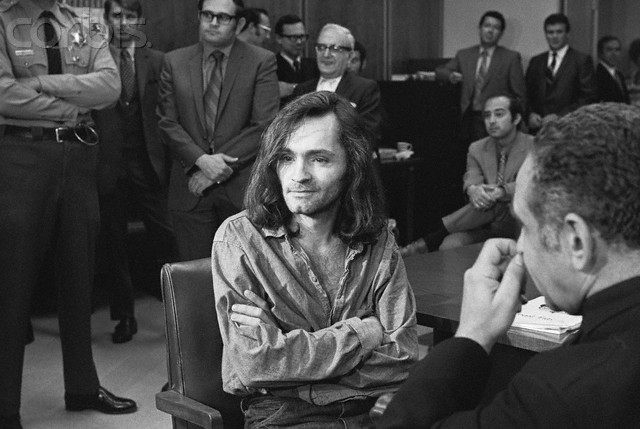 "Hey, let's face it. Everybody knows I'm the coolest guy in the room. In the universe, as a matter of fact."

These are merely pictures of some of the most famous serial killers; there are plenty of others with similar mindsets. Not all serial killers exhibit such glee at their trials; some merely look angry that their pleasurable run is at an end.

But what's striking about these killers is not just how utterly lacking in remorse or guilt or worry they are but also how pleased with themselves they look.

You may have seen some of these inexplicably smiling pictures before, and not paid them any particular attention. But when you really stop to think about what they say about the serial killers' character, you realize it speaks to a yawning gulf between them and most people.

They're on trial for their lives after having been exposed as monstrous killers, but they still seem to be brimming with conceit. They're actually proud of being everyone else's worst nightmare. Until you can get your mind around that, you won't understand sociopaths.

(And remember, even though most sociopaths are not serial killers, they have the same basic mindset.)
Posted by John Craig at 1:55 PM

Don't forget Robert Durst. He may be the sociopath who scares me the most.

Justin --
Good picture. He's scary all right, but they're all scary in their own way. The one thing they all have in common is that they're utterly devoid of humanity.

Having read a bit about Robert Durst, he is one creepy, scary man. Amazingly, he came from a wealthy family and from what I can gather, he seems to be the only sociopath among his siblings. Now, why would that happen? I realize that Durst's mother committed suicide. Who knows what went on in that household.

By the way, this is a good post. It really shows and explains how these psychopaths truly differ from the rest of humanity. Looking at some of them can make your skin crawl.

Birdie --
Exactly -- who knows what went on in that household. His siblings are not murderers, but there are plenty of people who have reputations as upstanding pillars of the community who are also sociopaths. I'm not saying his siblings are, I'm just saying there's no telling from the outside. It sounds, from what I've heard, as if they're okay -- they actually sound scared of him. But I have no idea what happened early on to make him the way he is.

One interesting thing about this is the relationship (or, more accurately, lack of correlation) between empathy and intelligence. What I mean is the following. It is a given that sociopaths lack empathy (indeed, it is by definition a given trait), but many of the serial killer type sociopaths would be expected to have relatively high intelligence. One would expect that someone with a high enough intelligence, even someone lacking empathy, would figure out not to come off as too cocky or smug in a situation like this. To do so obviously shows a feeling of superiority, but that -- to me -- is almost a sign of low intelligence because it exhibits a failure to figure things out objectively. I guess you could say it show a lack of empathy, but this gets to the point I am making: relatively high intelligence seems to not compensate for an extreme lack of empathy. It's one thing where "the game is up" and the person doesn't even need to make a show at professing innocence. But for the guy who is defending himself in court, there is a total failure to appreciate how others will view the situation as an outside observer.

Samuel --
Yes, sociopaths are inevitably dumb in certain ways. And when one's ego is out of control, it blinds one to certain things. I wrote about that here:

Should have known there's no sociopathy topic you haven't touched on.

Samuel --
I'm just agreeing with you, actually, but doing it the lazy man's way -- by pointing out something I'd written before, rather than spelling it out again.

No, it's amazing how thoroughly you have thought about and covered the topic.

Thank you Samuel. Just sent you an email, btw.

Samuel Nock wrote: "someone with a high enough intelligence, even someone lacking empathy, would figure out not to come off as too cocky or smug in a situation like this."

One sociopath who behaved in the opposite fashion was "Blade Runner" Oscar Pistorius. He bawled uncontrollably in court, even threw up, and made a complete outlandish spectacle of his supposed remorse for shooting his girlfriend.

I'm including a link to an image of Pistorius weeping, but you might not want to look at it over breakfast:
http://naijezie.com/wp-content/uploads/2014/10/Oscar-Pistorius-Cries.jpg

Mark --
True, Pistorius acted the opposite. But the way I interpreted that at the time was as pure self-pity. I don't think he gave a crap about Reeva, or her family. He was just overwhelmed that his glorious track career was over and that he would have to go to jail.

(Thanks for the warning, but I already at breakfast.)

Reeva Steenkamp was a beautiful woman. What a loss. She was killed in the prime of her life by a man who couldn't keep his temper under control. That should be a lesson for young people - if your girlfriend/boyfriend flies into rages over small stuff, walk on, leave them behind. They aren't worth the time of day.

Susan --
Yes, people with bad tempers can be scary. And they're usually narcissistic personalities, if not worse.