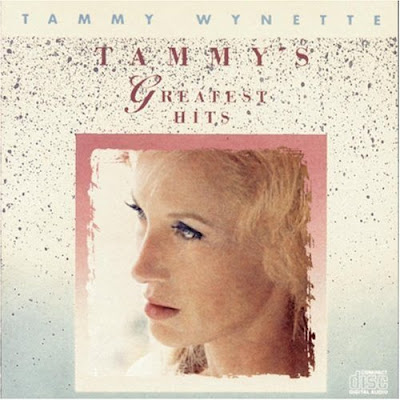 It's remarkable how often you scratch a famous person and find a sociopath. For those of us not reared on country music, Tammy Wynette was just another vaguely familiar name, famous mostly for her hit, "Stand by Your Man." But today's NY Times Book Review of Jimmy McDonough's "Tammy Wynette: Tragic Country Queen," makes it very clear that she was a classic sociopath.

Some excerpts from Allison Glock's review (italics mine):

"Tammy Wynette [was] a fairly plain, small-minded gal whose searing ambition and begrudging temperament kept her from any lasting contentment."

That's pretty much all you really have to read. Unlimited ambition, vindictiveness, and a worm in the soul -- sociopathic traits all.

She was born in Mississippi in 1942 and her background was not as abject as she suggested. One friend recalls, "Wynette was rich as far as we were concerned," getting $50 for Christmas, never wanting for anything, unlike many neighbors. When she picked cotton, it was as a family chore, not an inevitable career. Her actual poverty came later, marrying a man she hated in order to get back at his brother, whom she loved. She did this at 17, dropping out of high school, a decision that would set the precedent for many equally unwise choices.

What kind of person marries only to get back at someone else? How revenge-oriented must she have been? And how little concern must she have had for the man she married? Sociopaths have no qualms about turning others' lives upside down.

In her autobiography, "Stand by Your Man," Wynette depicts her first husband, Euple Byrd, as a layabout who held her back. In reality, McDonough discovered, Byrd was a simple, upstanding boy who found himself tied to a wild colt. Wynette, dreams deferred, considered married life "dull, drab and exhausting." Though she would ultimately marry five men....Wynette was ill-suited for the compromises domestic relationships required.

How ironic that Wynette, so closely identified with her monster hit "Stand by Your Man," would herself always do the exact opposite. Sociopaths are never willing to make any real compromises with others. And having five spouses is almost always a sign of character deficiency.

[Wynette] was even less adept at child-rearing. When her nanny contacted her on tour, concerned about the kids, an annoyed Wynette snipped, "If you need me, call my lawyer." Her four girls were frequently neglected in her pursuit of fame, though she did mine her failings for material, writing "Dear Daughters," a spoken-word number reciting the milestones in her girls' lives that she'd missed, a song that never failed to bring the crowds to tears.

Sociopaths tend to lack strong maternal (or paternal) instincts. Yet only a sociopath would unashamedly exploit that failing to successfully manipulate an audience, all of whom undoubtedly had more parental feeling than she did.

Wynette's career striving inflamed other struggles -- with family, with drug addiction, but mostly with truth. McDonough's scrupulous research suggests Wynette lied compulsively. About her background. About her husbands. To her husbands. She fibbed about everything from how much makeup she wore to how many drugs she took. She would read a story in the tabloids and make it her own. She would hear a colleague's tale of woe and decide it better suited her life. The lies were so thick and many that they became the truth, her life a story of her own creation. Which is typical of certain celebrities, of course, but hell on a biographer.

There are two behaviors which inevitably spell sociopathy. One is to become a serial killer. The other is to be a pathological liar. Wynette was evidently the latter. It sounds as if she reinvented herself on a regular basis, another sociopathic specialty. Sociopaths are also much more likely to become addicts, as they have less self-control than most.

The biggest fabrication was perhaps Wynette's "kidnapping" -- most likely a flimsy publicity stunt -- in 1978, when she claimed she'd been assaulted and abducted, then set free. This was followed by the discovery of threatening notes many believe Wynette wrote herself.

Sociopaths like to see themselves as victims, and will go to any lengths to portray themselves as such in a bid for sympathy. They can simply never get enough love. Wynette's "kidnapping" is eerily similar to Munchhausen's Syndrome, whereby sociopaths fake illnesses in order to get attention and sympathy.

[Wynette] "could be a very vindictive person," going so far as to sabotage people's careers. She was also an unrepentant narcissist: "I say what I want to say. I go where I want to go. Nobody tells me no."

At least not without incurring her wrath.

This review made no mention of Wynette's family background. So, curious as to the roots of her sociopathy, I looked her up on Wikipedia. Sure enough, her father died when she was nine months old, at which point her mother dumped Tammy with her grandparents to go work in Memphis. A nonexistent bond with her father and a weak one with her mother -- aha.

Sounds like you have her all figured out?
These spurious allegations from a "nobody" who never met the lady.