This past week I Netflix-binged on both seasons of The Fall, a recent BBC production about a serial killer operating in Belfast. It's well written, well acted, and gripping. Whoever wrote it has a good feel for sociopathic serial killers.

Apart from star Gillian Anderson, the cast was almost entirely from Northern Ireland. So there were no fake accents.

The series also happens to feature more beautiful actresses -- mostly as the serial killer's victims -- than any other movie or television show I can think of beside the original (1967 version) of Casino Royale. The point was made in the series that the killer -- much like Ted Bundy -- had a specific physical type that he went for: pretty brunettes in their late twenties or early thirties.

Here are a few of the actresses: 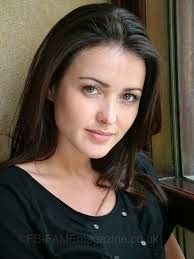 And Valene Kane, born in Northern Ireland in 1985: 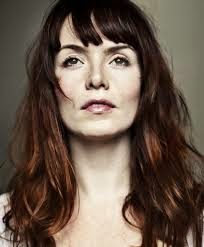 That killer may not have had the highest morals, but he did have exquisite taste in women.

It's amazing that actresses like Jennifer Aniston, Sandra Bullock, and Julia Roberts become movie stars and actresses who look like those pictured above languish in relative obscurity.
Posted by John Craig at 7:01 PM

I like the first two, not so much the third one.

My mum was watching that show. There is apparently a scene where he stands outside somebody's window, one of the victims. As my mum was watching that episode, I turned up at her house and randomly decided to stand at the window staring at her without saying anything until she noticed me. She got a bit of a fright.

Steven --
I think the third one, Valene Kane, is actually the prettiest, though that picture may not show it.

Wow, you are the son from hell. She must be a very understanding mother.

Jesus, that's a bit strong isn't it? the son from hell...I didn't know the programme was on! I didn't even mean to give her a fright. Strange coincidence though.

I misinterpreted, thought you were doing it on purpose to scare her.

when you said iq of 140, i started downloading the show. being a snob myself...

i think the actresses profit from proximity to hollywood, like new york is finance... bullock has familial connections in the business, like most of the leading women today. i think because leading men are older and more expendable, they have a much harder time getting there but stay on top a whole lot longer.

also, most actresses since 2000 have had successful careers as really young women - kristen stewart for eg

Anon --
Hope you're not disappointed, and I don't think you will be.

That makes sense about proximity, and yes, there are definitely family connections in play with some actresses. I suspect the casting couch also plays a role, but we'd never hear about that.

I watched this and, whilst I enjoyed it, I don't think I properly understood it. Did the main character do it because he got a thrill from it?

Gethin --
My understanding of the killer was that he hated women because he had felt deserted by his mother when she committed suicide when he was 6 or so. (If she had actually loved him before that, though, he probably wouldn't have been a sociopath, so that didn't quite ring true.) And he also enjoyed the feeling of power he got when killing them -- as he confessed at one point (this is a common theme among serial killers). He also said at the end that he felt more alive when doing that than at any other time, another thing you hear from serial killers.

The part that didn't ring true was that the didn't rape them, or achieve any sort of sexual release at the time of the killings. He had a specific physical type he liked, so he was a sexual serial killer, but not to do anything with them either before or after they died was not typical serial killer behavior.