As a follow up to the post about how history would read if it were recorded by fashionistas, a few examples of what they might do with the crime beat: 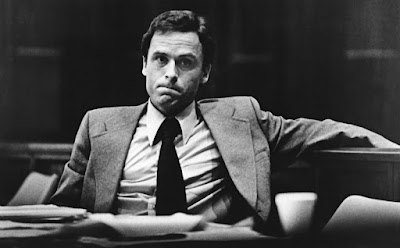 Nothing says trustworthy like a tweed jacket, and Ted knows how to wear one with panache! The tie, the white shirt, and the jacket with structured shoulders all exude a staid respectability. You can tell Ted is a deep thinker from his serious expression, as he sadly reflects on man's inhumanity to man. Or  women. And look at that handsome face: our Ted must be a real lady-killer! 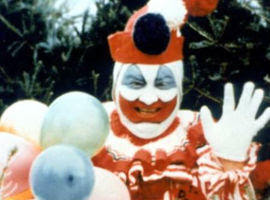 Only a kindhearted soul will set aside his dignity to cheer others up! In the wonderful tradition of Patch Adams, John has made it his life's work to befriend young boys who didn't necessarily have a strong father figure around. The red, white, and blue makeup bespeak a certain patriotism, which is only fitting when you consider that his namesake is John Wayne. Of course, when the occasion calls for it, Mr. Gacy can also dress quite respectably: 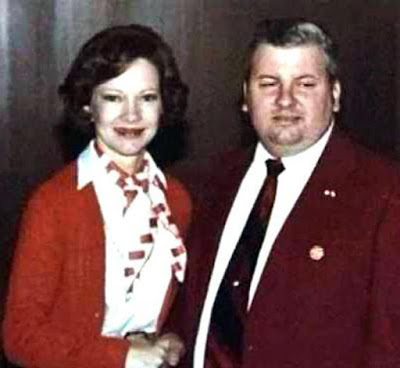 Here's John with none other than First Lady Rosalynn Carter herself. That crimson sport jacket with lapel buttons shows that this is a man who will one day make his mark and become famous! 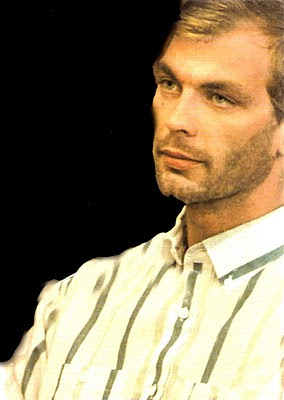 Look at those angelic baby blues: don't you just want to eat Jeffrey up? Jeffrey is the epitome of hipster chic with three days growth and an alternating blue and yellow striped shirt with spread collar. Is that dreamy expression because he's thinking of all the finer things in life that a sophisticated man has a taste for? 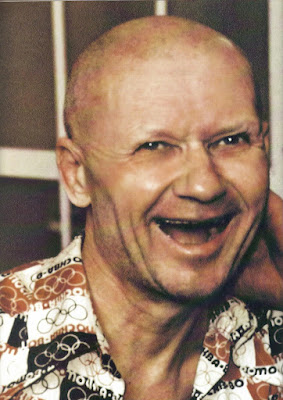 Some men love football, some love basketball, and some love the Olympics. Andrei is obviously one of the latter, and he's not ashamed to wear his heart on his sleeve! That shaved head shows that he's ready for action himself -- Mr. Chikatilo is one competitor with a killer instinct! 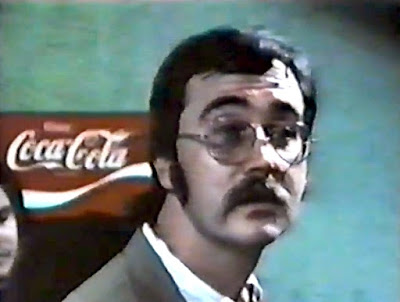 Just because you're 6'9" and 300 pounds doesn't mean you have to get your fashion sense from the Big 'n Tall stores. Edmund has obviously modeled his look after the Beatles from their Sgt. Pepper phase:

When you're as imposing as Mr. Kemper, all the more reason to project peace and love in order to gain people's trust -- especially when you offer them a ride. Smart move, Edmund -- your mother and grandparents must be proud! 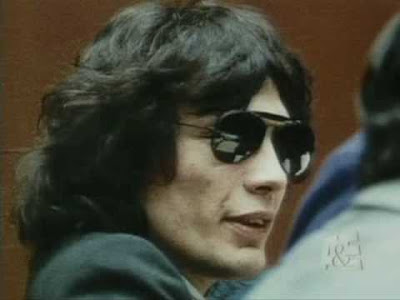 Who's that glamorous man behind those aviator sunglasses? A movie star? No -- it's Richard, looking stylish with his Mick Jagger do and his casual sport jacket! Maybe those specs are for sensitivity to the light -- some people are simply night owls! All we know is, with that sexy look, Mr. Ramirez must have a devil of a time with women stalking him all over Tinseltown! 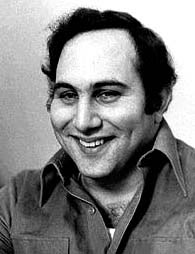 Son of a gun! David certainly doesn't dog it when it comes to fashionable collars! New York City is the world's capital of fashion, and David loves to roam it all -- even the outer boroughs! Note that David is wearing cotton -- like any true animal-lover, not only does he disapprove of wearing fur, he'll even let animals have their way! In fact, David has such a highly developed moral sense he even disapproves of public displays of affection! 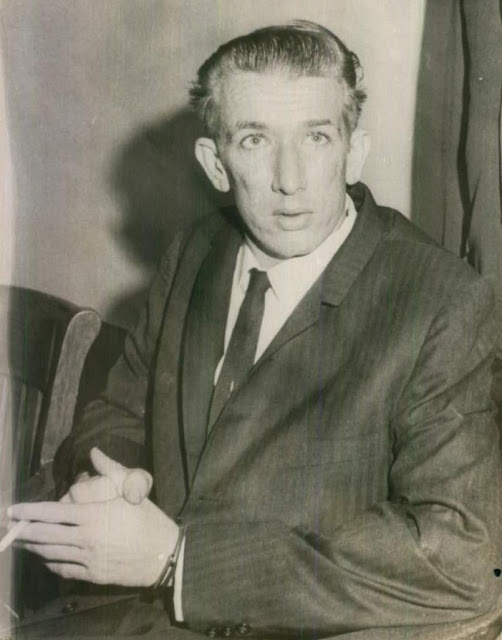 Richard looks quite stylish in a patterned tweed jacket with matching tie. The jacket may be a tad large, but the impression of a boy wearing his father's clothing seems only appropriate once you've looked into those innocent blue eyes. Richard is definitely a nice boy, not the type to nurse a grudge. 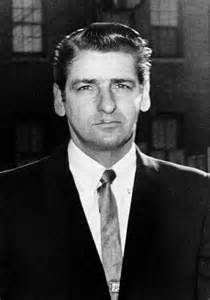 Who says that fashionistas have a stranglehold on style?! Even a door to door salesman like Albert wants to look good -- because you never get a second chance to make a first impression! Albert is just breathtakingly dashing! 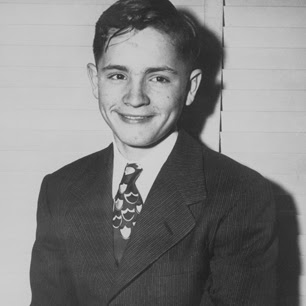 Most people grow more fashionable as they age, but some move beyond fashion. At 14, Charlie was quite the snappy dresser. But eventually, as you can tell from his peacefully ethereal look below, he realized that earthly possessions were no longer important to him: 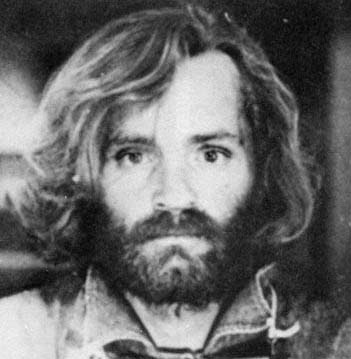 But even though he's moved beyond fashion, he still pays attention to his grooming, never letting his locks go helter skelter. Why, with those soft, luxuriant tresses, he could model for Clairol! How many guys can claim to be both a family man and a style icon?
Posted by John Craig at 9:01 PM

Oh my gosh, this was great! Thanks for taking the time to write this....loved it!

Hope you are doing well!

Runner Katy --
Thank you. I'm a little surprised it didn't get more reaction, but my guess is that some readers only recognized a couple of the "models" who were featured. I'll put up a serial killer test later, with explanations to the references.

I'm okay considering, thank you. Still trying to figure out which treatment option to go with. Hope you're well too.

Clever as always. I got many more of your references on this piece than I did on the previous one.

Anon --
Thank you very much. As long as you're leaving a friendly message, you might as well use some sort of moniker, like a lot of people here do, so I can at least "recognize" you each time.

John, you write so much on people who are sociopaths, have you ever written anything on Glenn Beck? I've recently read that his media empire is starting to crumble, and yet he lives lavishly and spends lavishly. The guy has really gone off the deep end the past few years. Would you even consider him a sociopath or just a self-absorbed soul who may not necessarily fall into that category?

Ambrose --
Honestly, I don't know enough about Beck to have a worthwhile opinion. I watched him a couple times back when he was on Fox, years ago, and couldn't really get into his religious/political viewpoint. Once he went off on his own, I pretty much lost track of him. I did see a headline recently about how his empire is disintegrating, but didn't bother to read it. I didn't know about the spending, but you're right, that could be indicative. Anyway, sorry for this unsatisfying response, but the only honest answer I can give is, I don't know.

Great piece and I got all the references. Maybe because people who do very bad things have always fascinated me, which is how I ended up here. Sociopaths are especially intriguing. I'm addicted to Investigation ID. I like the forensics, the police work, and the satisfaction that these predators get caught. I often Google whoever is featured. Today it was Nikki who gave her adoptive mom 25 whacks (it would have been 40, but her arm got tired - lucky break for dad and the ex boyfriend).

Paulie --
As I said in response to one of your other comments, you seem to have had some experience with sociopaths in your personal life. (As I have.) That's how most of us get interested in them.

I agree, serial killers are fascinating. Why bother to get excited about zombies when the real monsters are out there, walking around, hidden in plain sight?

Ah, Investigation ID, that explains it. That Prison pen pals post with Nikki Reynolds had gotten a lot of hits recently, no wonder.