A swimming website this morning featured part of a new workout video by Ryan Lochte. You had to go to Lochte's website to see the full video, and I saw there that he had been picked as number one by Men's Health magazine among the "best summer bodies" of 2012. Curious as to which other athletes made the list, I scrolled through the rankings.

The rankings, of course, make perfect sense. Gee, I'd much rather be built like this guy (Orlando Bloom, #9): 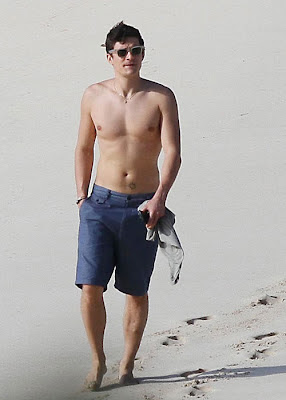 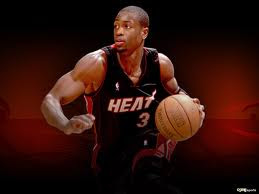 (Oops, got my wish: I actually am built pretty much like Orlando.)

The other striking thing about the list was the number of actors who've obviously gone on steroids. (I counted a minimum of eight.) You simply don't get a convex trapezius (the muscles which go from the neck to the top of the shoulder) like Daniel Craig (#15) has from mere exercise: 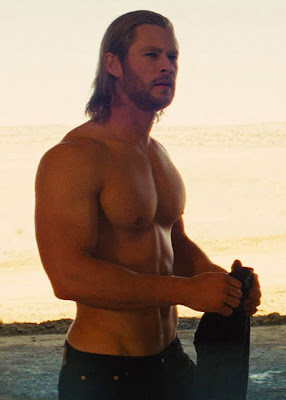 (Hemsworth bears a striking resemblance to Brad Pitt after Pitt juiced up for Troy.)

What these articles don't list is the most crucial ingredient to many of these stars' transformations: a daily injection of clenbuterol, or Winstrol, or some other anabolic agent.

The innocent among us might think that we could follow their workout routines and perhaps attain bodies like theirs without the extra help. But that would be wishful thinking.

It's hard to believe that the editors at Men's Health aren't in on this joke, and thus intentionally perpetrating a fraud on an unsuspecting public.

It wouldn't be as bad if the publication were called Men's Fitness, or Men's Muscles, or Men's Pinups. But health has to be about the last thing on your agenda if you're taking steroids.

Well, gotta sell those magazines.
Posted by John Craig at 10:08 AM

There are regular stories about actors who go into violent rages when working on macho, pumped up roles (eg Bale, Crowe). The press of course never suggests that these incidents are 'roid rage.
G

G --
I can believe that Bale was on steroids, his build has changed drastically from one role to another. But Crowe? He's always been a bit of a fattycakes, albeit a masculine one. I've never suspected him of juicing.

And you're right, the press takes its cue from Men's Health.

First you absolutely can get convex trapezius by lifting. Heavy deadlifts and shrugs will do it.

Second Clen is a cutting agent, much like ephedra/ephedrine (also it is taken orally not injected). Winstrol is a likely candidate for actors, since it would result in very dry gains, however it would also be used with testosterone as natural test production would cease with exogenous hormone introduction.