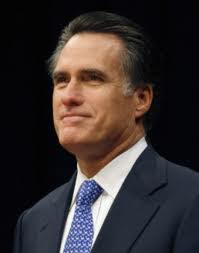 Back in May of 2011 I wrote about how athletic ability and looks play an inordinate role in politicians' careers.

Mitt Romney wasn't much of an athlete; at Cranbook School, he was a manager for the hockey team and a member of the pep squad, and didn't participate in athletics himself until his senior year, when he ran cross country.

But he has the looks of an old-fashioned matinee idol.

What role has looks played in Mitt Romney's life? He's undeniably smooth, and smart enough, but how much success would he have achieved -- in business as well as in politics -- had he looked like, say, Andrew Lloyd Webber? 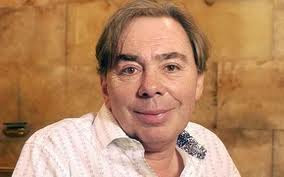 Would people have been as eager to do deals with him? Would his cohorts have wanted to promote him to head of Bain Capital? Would the International Olympic Committee have been as pliable back in 1999? Would all his friends have suggested he run for Governor of Massachusetts?

When Hollywood casts actors, they never doubt what they have in mind. When they cast Bonnie and Clyde, for instance they never would have dreamed of putting Warren Beatty in the Michael J. Pollard role, and vice versa. 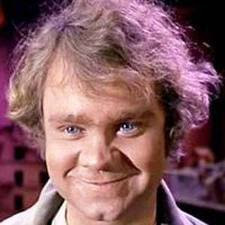 (I'm using a picture of the older Beatty here, not the younger one who played Clyde, just to show his resemblance to Romney.)

It's fine for Hollywood casting directors to think this way. But what many don't realize is that the electorate often makes choices the same way, albeit somewhat unconsciously. Sad, but true.

It was said after the first televised debates between Presidential candidates, in 1960, that Kennedy won largely on the basis of his looks, and that future candidates would have to be photogenic. That hasn't always been true. But looks do seem to make a difference. (Age seems to as well.)

The pundits don't talk as much about looks much these days. Is it because doing so isn't considered "sophisticated?" Or because the voters themselves don't care as much? But appearances are always there, front and center, every time a candidate speaks.

The problem with good-looking people is that quite often they develop a somewhat passive attitude toward life. You see it more with women than men, but if you've had everything handed to you your entire life, and people already like you just because of the way you look, you get used to not having to put forth much effort to win people over.

We may have seen a little bit of that this past week when Romney asked Obama to apologize for having attacked his record at Bain. The demand had a little bit of an I'm-not-used-to-people-treating-me-this-way feel to it.

What exactly did Romney expect Obama to say? "Gee Mitt, I'm really sorry that I attacked you for having been in charge at Bain when they shipped jobs overseas. It was really unfair of me and I'll refrain from such aggressive campaigning in the future. After all, as Grantland Rice once said, it's not whether you win or lose, it's how you play the game that counts. And I'll be sure to relay your concerns to David Axelrod, my chief strategist, as well."

You'd think Romney would be used to attacks after a term as Governor, and after the primaries this past year. But maybe a lifetime of being treated with kid gloves leaves its mark. Or rather, a debilitating lack of marks.

As far as the electorate goes, it's a plus that Romney's good-looking. As far as his character is concerned, maybe not so much.

Maybe his campaign staff should hire a hypnotist to convince Romney he's ugly and has to work harder to win people's approval.
Posted by John Craig at 6:37 AM

John--Interesting aspect of human nature. I think Romney looks more presidential, but Obama looks the part as well--just not as much. Obama seems to be a nice guy, just doesn't know how to run a capitalist country. Thanks, Brian

Brian --
All perception, I guess. Thanks.

I think the aim was to gain the moral high ground by appearing shocked by how lacking (seemingly) in substance the President's claims were.

Jon --
You're right, of course. But that's why I said, "It had a little bit of a.....feel to it." It seemed to give the fleeting, faint impression that maybe, just maybe, Romney wasn't used to such attacks. I have to think that as a politician, he is used to those kinds of attacks; but I'll bet anything that in his personal life he's not.