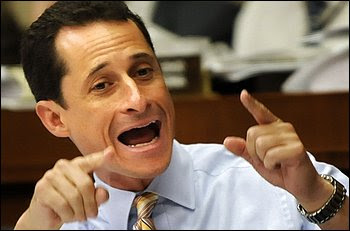 In case there was any doubt about former Congressman Anthony Weiner's narcissistic personality, word has come that he is considering a run for mayor next year.

This is reminiscent of how former Governor Eliot Spitzer wanted to run for office again within two years of having had to resign his governorship.

Both men were laughingstock, and that is not a great identity from which to fashion a public image. For some reason "laughingstock" just doesn't seem to sell as well as, say, "war hero." 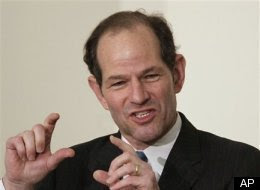 Spitzer's transgressions were, of course, far more serious. He was a regular client at various brothels -- after having prosecuted people for prostitution as Attorney General. So not only did he break the law, he was a flagrant hypocrite as well.

Weiner never broke any laws, but merely made a fool of himself by texting semi-naked photos of himself to various coeds, then trying to deny that he had done so.

The outrage generated by his texting was out of proportion to his "crime." But it was proportional to how widely he was disliked by all his Congressional colleagues, even his fellow Democrats. Weiner was notoriously temperamental and had the highest rate of turnover of staff of any Congressman.

So everybody cheered his downfall.

Then came the half-hearted attempts at denial, and the suggestion that he might have been hacked, followed by the admission that he "couldn't say with certitude" that the images were not of him.

It's hard to maintain one's dignity and gravitas in the face of pictures like those. And if you decide to run for office again, you're just begging for those pictures to be recirculated.

Can you imagine what a field day the press -- or his opponents -- would have? 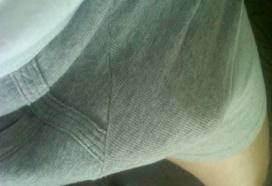 "Will he be hard-on crime?"

"Weiner excited to run for Mayor."

The possibilities are endless.

I almost hope he does run, just for the entertainment value.

At least the reporters won't have to ask whether he wears briefs or boxers.
Posted by John Craig at 7:24 AM