Couldn't stay awake for the Oscars the other night, but had sort of been hoping to catch a glimpse of Berenice Bejo, star of The Artist: 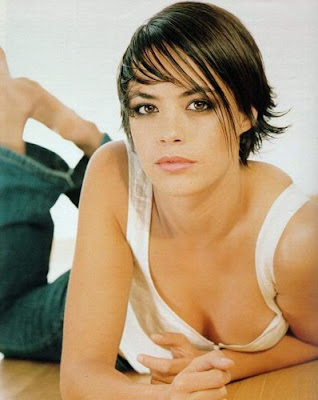 Every time I saw that trailer with her winking at the camera, I found myself taken not only with her beauty, but with the illusion engendered by the wink: that she has a playful sense of humor. 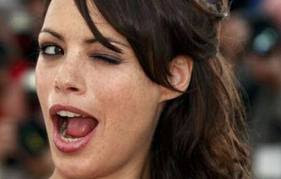 It seems to me that when I went to Seville in 1999 I saw a lot of women who looked like her. (It made me want to study Spanish.) You'd see them on the street, behind shop counters, at the outdoor restaurants, and on motor scooters. There seems to be a law in Spain that you're not allowed to purchase a motor scooter unless you pass a certain standard of beauty.

They all smoked, which wasn't a plus. (I don't think the Europeans have discovered the causal relationship with cancer yet.) On the other hand, they don't seem to have discovered plastic surgery yet, either, which is mostly a plus. If Berenice were American she'd be sporting twin torpedoes and lips puffed beyond recognition.

She evidently showed up at the Oscars looking like this: 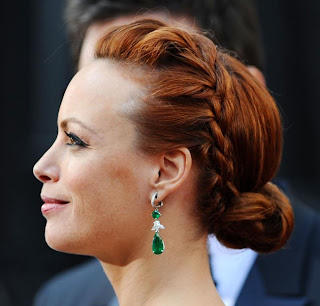 (A little artifice is nice, as long as it can be washed off afterward.)

Berenice was actually born in Argentina, and her family moved to France when she was three. But she'd look right at home riding a motor scooter on the streets of Seville.
Posted by John Craig at 7:50 PM