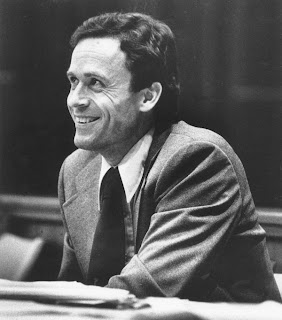 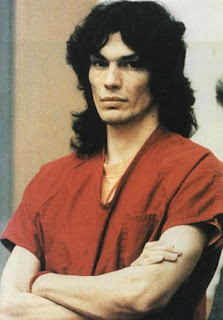 This is a brief excerpt from an article which appeared in yesterday morning's NY Post:

"AMSTERDAM — Some women really go for the bad boy. Accused killer Joran van der Sloot says he's received several marriage offers from women while jailed in Lima, Peru, where he is awaiting trial for allegedly killing a young woman in his hotel room.

"'One of them even wants me to get her pregnant,' De Telegraaf newspaper quoted Van der Sloot as saying.

"Van der Sloot, 22, has been charged with the premeditated murder of 21-year-old Flores in his hotel room in Lima, Peru — 5 years to the day after the 2005 disappearance of U. S. teenager Natalee Holloway in Aruba, a resort island just north of Venezuela. He is the main suspect in Holloway's disappearance, but her body has never been found and he has never been charged.

"He met both women in casinos and is the last person known to have seen them alive...."

Every prominent serial killer who hits the news seems to attract more than his share of wacky women. Richard Ramirez, known as "The Nightstalker" when he terrorized Los Angeles in the 1980's, attracted a cheering section of women at his trial, and got a slew of marriage proposals. Ted Bundy himself got several marriage proposals while on Death Row.

Exactly what is it that women see in these men?

Is it that they're famous? Are these women attracted to bad boys -- in these cases the ultimate bad boys? Is the threat of danger a sexual turn-on for them? In order to achieve an orgasm must they think that their lives could be snuffed out at any second? Do they think that their love will transform these poor misunderstood men into the good people they were always meant to be if only they had had the love of a good woman?

Given that some of the men are already on Death Row, consummation of a marriage might not be possible anyway, so do the women just want notoriety by association? Or maybe it's that these are the type of women who just like to know where their men are, that their men aren't out on the town gallivanting with other women.

Both Ramirez and Bundy were good-looking in a lupine sort of way. Van der Sloot is a fairly ordinary-looking guy, though he is big, at 6' 3", and that attracts some women.

But there is more than the usual physical attraction going on here. It makes one wonder what kind of family background these women had. (Are some of these women doing this as a way to get back at their parents? Would their parents even notice?)

It makes one wonder what their IQs are. (Do the women who fell into Richard Ramirez's orbit not realize that he sometimes laughed as he killed his victims? Do they really think these men are innocent, as some claim?)

It also makes one wonder what these women look like. One has to assume that they are not supermodels. Are they not capable of getting men otherwise?

Psychological profiles of these women along with some photographs would certainly make for a more interesting article than one merely saying that these men had gotten marriage proposals.