Sociopaths: An appetite for danger 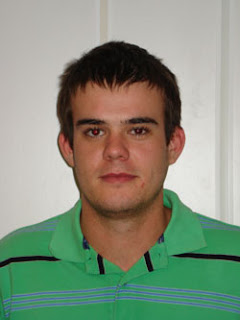 It's hard for most of us to comprehend the mindset of a sociopath, to fathom how utterly cold they are. When most people are told that a sociopath has no conscience, they think, hmm, there are times when I've done something bad and it doesn't particularly bother me. Gee, I wonder if that makes me a sociopath. Or they think, gee, I've felt schadenfreude from time to time, does that make me a bad person?

A sociopath feels exactly as much concern for other people as you might feel for your toaster. If it breaks, you might think, damn it, I have to get another one. But it would never occur to you to feel the least bit of sympathy or concern or guilt about the toaster itself. (This is not an exaggeration -- that is exactly how sociopaths feel.)

I remember once watching a prison show on TV where a guard said, "We have some bad people in here. I mean, these are guys that will stab you and then sit on your body and eat a sandwich."

That is a perfect illustration of sociopathy. Imagine such a scene. Let's say you've just killed someone for some reason -- you've just ended his entire life, all of his hopes and dreams. And he will probably have relatives who will be besides themselves with grief (besides wanting revenge on his killer). How would you react?

Most of us would be stunned by the enormity of what we had just done. At the very least, we'd be extremely concerned that if we're caught, we'll be spending the rest of our lives in jail, and that we'd better do something quick to cover our tracks. We'd be feeling an intense mixture of horror, regret, and panic.

What we wouldn't be thinking is, hey, a corned beef on rye would really hit the spot right now.

Joran van der Sloot, the main suspect in the Natalie Holloway disappearance in Aruba several years ago, has been in the news recently, for having murdered a woman in Peru. (This effectively "solved" the Holloway murder for most of us.)

Two days ago it emerged that he had confessed to the Peruvian murder (the evidence was overwhelming). Yesterday it came out that right after the murder, he then sipped an espresso and downed a sponge cake while his victim's battered and bloody body lay just a few feet away.

Right before the murder, van der Sloot had tried to extort $250,000 from Holloway's mother in exchange for revealing to her what had happened to her daughter. (This is not the action of a man wracked with remorse.)

Van der Sloot's father, a lawyer in training to be a judge at the time of Holloway's disappearance, was said by Aruban authorities to have advised his son that without a body they would have no case against him. (It's interesting how often people like that -- who feel no particular moral compunctions themselves -- are put in positions of moral authority.)

But Joran's father, even if not a paragon of virtue himself, was at least somewhat concerned for his son.

My guess is that Joran's mother was never concerned at all for her son. Otherwise how could he have grown up to be such a pure sociopath?
Posted by John Craig at 6:05 AM

It's odd how pictures of sociopaths make them appear so normal. That guy looks just like your average Joe - there is nothing in his facial expression that suggests he would be capable of such evil. The sociopath ability to pass as 100% normal makes them so much creepier, IMO.