I far prefer the New York Post to the New York Times. The Post is less pretentious, has a much more reality-based editorial section, and has articles that you actually want to read. If the Times is dinner, the Post is dessert.

Sometimes, maybe too much so.

You've probably heard by now that a woman named Sherri Papini was kidnapped, then released a few weeks later, in northern California. (Yahoo and other outlets have given this story plenty of coverage as well.)

On November 24th, the Post ran Abducted jogger found alive bound on side of interstate, featuring this photograph: 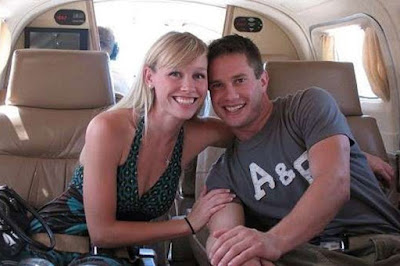 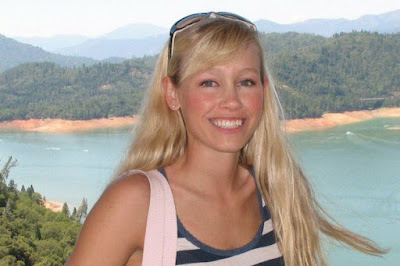 On November 30th, Abducted jogger had message burned in her skin.

On December 1st, Jogger coughed up blood from screams for help: Husband.

Again on December 1st, Abducted jogger was nearly killed by driver who saved her.

On December 2nd, Husband recalls moment he found out abducted jobber was alive, featuring this photograph: 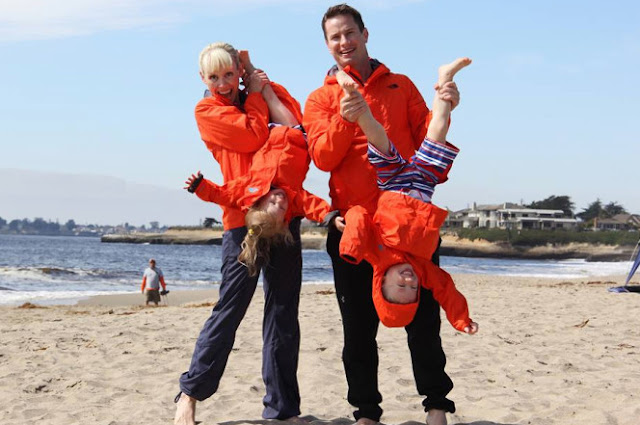 Again on December 2nd: Elizabeth Smart: Abducted jogger will never be the same. This article mentioned that Smart was raped four times a day by her kidnapper.

And today, December 3rd: How this jogger survived a 3-week kidnapping nightmare.

A question with an obvious answer is, would the Post, and other news outlets, have run so many articles about Papini's abduction if she weren't so delectable?

(Many of those articles featured videos which included more shots of Papini looking mouthwateringly sexy.)

There have been plenty of other cases of kidnapping and rape which get far, far less publicity. But few of those women looked as if they could be the prototypes for future sexbots.

And so are the Post's other readers, which is why the Post and all those other news outlets paid so much attention to the abducted jogger, as she is now known.

After all, the business of journalism is to attract as many readers as possible.

The Times does it by constantly trying to show that it is more "high-minded" than the Post and its ilk. Even if that supposed "high-mindedness" means ignoring and denying human nature at every turn.

The whole story was bizarre.

The Papini abduction and torture story is yet another example of pro-Trump fake news planted in the American media by shadowy Russian propagandists. It's pro-Trump because he famously called Mexicans rapists and criminals, and the abductors were two Hispanic women, according to police investigators. The abduction conveniently occurred exactly one week before the election. Yeah, right.

Mark --
Ha! You've opened my eyes on several occasions, this is just one more instance.

I think it would be embarrassing to the cause of nationalism if this turned out to be a hoax, because it's been played up on some "alt right" sites, but I think it is. She's extremely pretty in a Miley Cyrus cutie pie way.

But I think the story is a lie.

BTW in the pics her husband may look besotted but he's really showing off his trophy. Not that there's anything wrong with a little of that, but this is total exploitation.

I've become very jaded about show-off couples like this. The phrase is "pimping their kids."

Puzzled --
I don't think it would be bad for the cause of nationalism, any more than Susan Smith (who claimed her children were killed by a black man) was to whites. If these things happened all the time, that would be one thing; but the number of hate hoaxes from the other side outnumber these by a factor of what, 20 to 1? And not only that, the hate hoaxes from the other side are all done with the intent of stirring up anti-white fervor, whereas Susan Smith just wanted to get rid of her kids and chose a black man as the scapegoat, not because she wanted to stir up anti-black sentiment, but because she wanted to free herself for her next boyfriend. And if Papini turns out to be making this story up -- and that's not clear yet -- the odds are that she's not doing this of the cause of immigration control.

Yeah, you could be right about the husband. There's probably a strong element of that.

Totally agree with Puzzled!! This whole story stinks like a week old fish!! "Super mom"? .....according to sister because she didn't just cook meals "she like planned and cooked whole meals" ?? And I have never seen a missing persons case where so many provocative photos were shared with the media and shown over and over and over...pictures looked like they most had JUST recently been taken by a professional photographer and created to spotlight mommy's hot rocking body and classic Cali girl look. Usual missing person case spotlights one or two recent pics....not 20 or more of person in various revealing and maybe even provocative clothing!? Husbands exclusive interview seemed off as well, and when you add in the crackpot "negotiator" you got yourself a National Enquirer story....