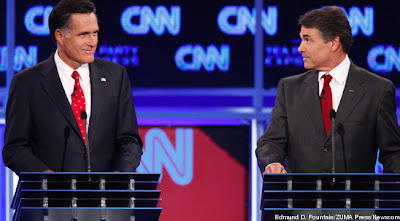 During the Republican debates, whenever the other candidates are speaking, Mitt Romney always seems to be wearing an appreciative half-smile. It comes across as if he's demonstrating an avuncular, almost paternal pride in the other candidates as they speak. It's as if he's saying, "I find your little foibles quite cute and charming, and it's always a pleasure to listen to you despite your being wrong on so many issues. Anyway, my occasional annoyance with your errors is far overshadowed by the enormous affection I feel for you. And aren't we all having just a swell time with these debates?" 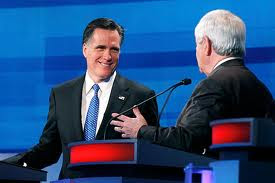 "Aw, go ahead Newt, give it your best shot. You know, despite all your vitriol, I actually like you."


It's a masterful performance, and it works. It conveys the impression that Romney is somehow above the fray, and that even when his opponents are doing their best to savage him, he just takes it with the same patience an indulgent father might show when his five-year-old lobs snowballs at him. 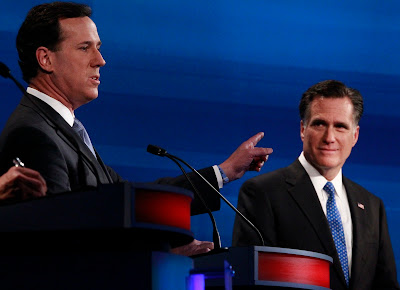 "Rick, I want you to know, you've been like a kid brother to me. And even though 2012 may not be your year, I know you're going to get it right eventually. I just know it."


Learning how to look appreciative is a highly underrated skill that can serve you well in any number of social milieus. It can make people feel appreciated. But by far the best thing about it is that it makes you look as if you are in charge, and as if you're the one who's in a position to judge them, not vice versa. 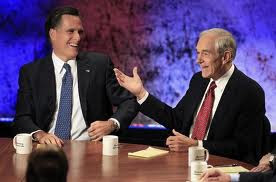 "Ron, others may say you're like the crazy uncle who needs to be locked away, but I enjoy your company. I really do."

When someone insults you and you just laugh, it not only takes the sting of his insult away, it makes him look utterly powerless. 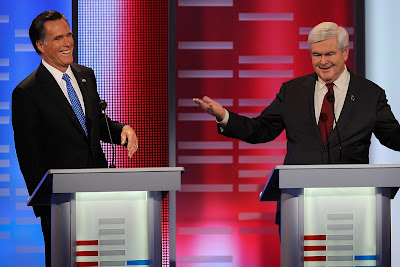 "That was a good one, Newt. I really enjoy your sense of humor, seeing as how you're no threat to me."
Posted by John Craig at 1:15 PM