I promise, this is the final installment about mugshots which raise more questions than they answer. (I just don't seem to be able to repress my inner bully.) As before, the shots and descriptions of the crimes are from the Huffpost, the italics mine: 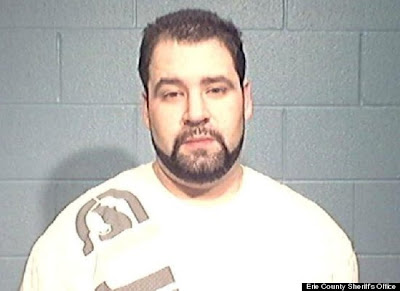 This might be the worst way to use your one phone call. Police in Sandusky, Ohio, say Joseph Walsh was already in custody when he dialed 911 on a cell phone and said he was being held against his will. Walsh reportedly called 911 while he was handcuffed in a holding cell early on March 13.

What exactly did Mr. Walsh expect to happen? Another group of rival uniformed officers to come barging in, guns blazing at those unfair local cops? The cavalry coming to the rescue.....to rescue him from the cavalry? How long will it be before Mr. Walsh's acquaintances let this story die? 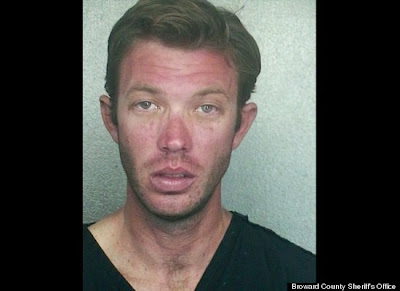 Police in Florida say they busted a man responsible for prank calling 911 about a Viagra overdose. Matthew Wade Douglas Jr. is accused of making two obscene 911 calls in January in which a caller demanded medical attention and graphically described the effects of taking a few too many little blue pills. 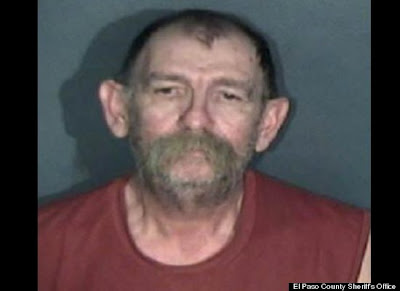 Investigators in El Paso County, Colo., say Jack Herbst caused $250,000 of damage to his neighbor's property while driving a front-end loader -- all because the victim owed him $80. On March 9, Herbst allegedly drove the construction vehicle onto Ronald Morphis' property, wrecking part of his home, his garage, campers, trailer, propane tank, classic cars and more than a dozen mature elm trees.

Seriously -- if this guy were your neighbor, wouldn't you just pay him back the eighty bucks? 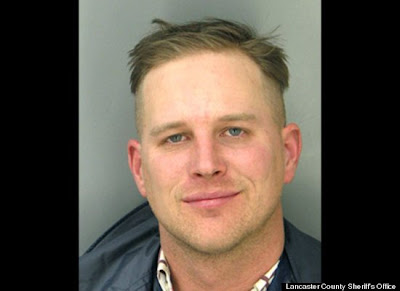 Some suspects are caught with their pants down. Others are caught with no pants at all. Police say this drunken driving suspect was driving naked in a pickup truck with three nude passengers. Nickolus Borgman is accused of driving under the influence and other violations after a sheriff's deputy pulled him over and spotted two nude men and two nude women crammed in the front seat of the truck.

Doesn't this ride sound as if it were taken on a dare? Exactly how much alcohol was consumed beforehand? Why is it so many criminals seem to have misspelled names? And how much did Nickolus pay for that haircut? 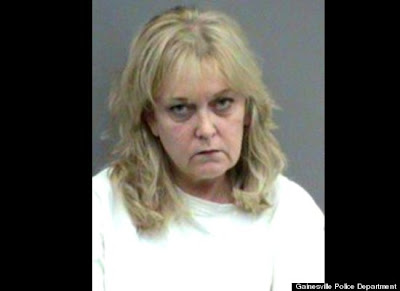 It's always best to practice what you preach. Police in Florida say they arrested the former president of a local chapter of Mother's Against Drunk Driving for driving under the influence. Debra Oberlin has been charged with drunk driving for the Feb. 18 incident.

How sweet is that?! This is evidently the first time Ms. Oberlin has been caught, but doesn't she look like a habitual drinker? And why exactly was she not the president anymore? Had the other members caught on to her shenanigans? 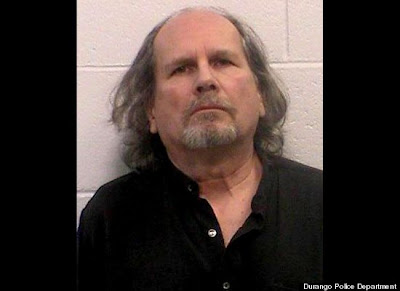 You shouldn't mouth off to police -- especially when your mouth is filled with feces. Police in Colorado say a drunken driving suspect spit fecal matter on an officer. Paul Andrew Kausalik, a 61-year-old postal worker, was in a police station after being taken in on drunken driving charges when he allegedly put his own excrement in his mouth and spewed it on an officer's face.

Has it ever once, in your entire life, even occurred to you to try that? Will Mr. Kausalik bring the phrase "going postal" back into popularity? Does he ever worry about bad breath? How often does Mr. Kausalik brush his teeth? Would you want to be his dentist? 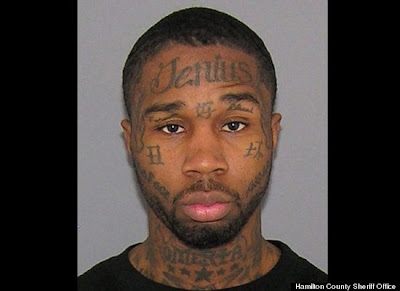 Jerome Smith's forehead says he's a "Genius," but police say he wasn't being smart when he allegedly struck a pregnant woman with a handgun. The Cincinnati, Ohio, resident is accused of repeatedly pistol-whipping a woman who was eight months pregnant in late January.

If your IQ is over 150, isn't it considered bad form to boast about it? What had the woman done to incur Mr. Smith's wrath -- denigrate his solution for integrating the unified field theory? Are the other members of the local MENSA chapter embarrassed by his violence? Once in jail, will he at least tutor the less intelligent inmates?

Onslow County Sheriff's deputies in North Carolina arrested Dale Foughty after he allegedly tried to rob a convenience store while wearing a Spider-Man mask and waving a sword. His plans collapsed when two clerks fought back by poking him in the gut with a broom. They ripped off his mask and part of his ponytail before he fled. Police found him nearby with a shaved head.

Wouldn't Mr. Foughty actually have been more intimidating without the mask? Had those two clerks seen his face, do you think those they would have dared poke him with that broom? 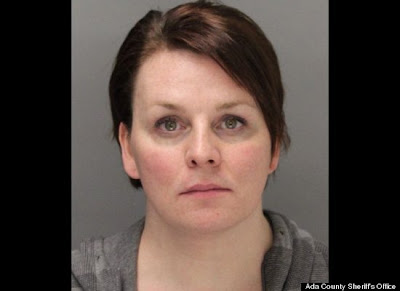 Are the police perhaps taking this case a tad too seriously? Doesn't Ms. Ross's crime sound like the kind of offer that juvenile guys will make without seriously meaning to convince anyone that they are actual medical professionals? After a few drinks, do lesbians turn into juvenile guys?
Posted by John Craig at 6:40 AM

John--Isn't giving a breast exam, even though you're not a doctor, pretty much what most guys do at one time or other? Reading and seeing some of these pictures makes me think I might be less of a sociopath than I once might have thought. All rather pathetically funny! Brian

Brian --
Dunno. I've said some pretty lame things in my time, but have never used that line.

Didn't that "genius" spell the word "Jenius" or am I reading things wrong?

That's what I thought at first too, but if you look closely you can see the left hand part of the "G."

On second thought, although it is a "G," I'm guessing that it was originally spelled with a "J" which was only changed to a "G" after the original tattoo was inked in. The left hand part of the "G" is noticeably thinner and lighter than the rest of the tattoo.