The first article, from two days ago, was headlined Obama says US less racially divided and used this photo: 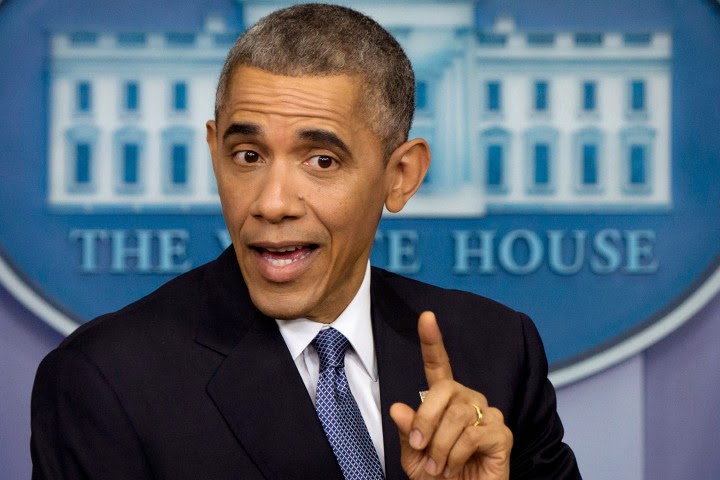 This is not a picture selected to inspire confidence. Obama actually looks as if he's telling a whopper. And an upraised finger often hints at an arrogant, pedantic personality.

The second article was headlined, Soldiers' dream wedding forced to move for Obama's golf game. The story didn't turn out to be particularly damning: Obama didn't schedule his own golf game, had no idea about the planned wedding, and personally phoned the couple afterward to offer both his apologies and congratulations.

But, the Post used this photo to go along with the article: 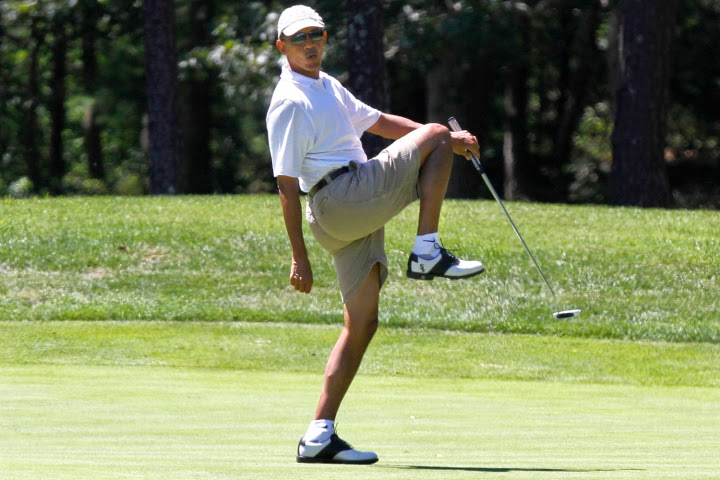 If all you saw was the headline and the picture, you'd be left with the impression that our self-involved President was running roughshod over other peoples' lives in order to indulge his own leisure time pursuits -- pursuits he seems to be a tad egotistical about.

These photos haven't been retouched or anything like that. But they were selected for effect.
Posted by John Craig at 3:33 PM

I thought the NY post was liberal. They aren't pro Obama?

Somebody who worked on a daytime tv show in the UK said that the cameramen would ask whether they were shooting for or against the interviewee that day. If for, they would shoot from above- more flattering. If against, they would shoot from below and make them look more arrogant and imposing. That was the jist.

Steven --
No, the Post is conservative, pretty much neo-con. The NY Times and the NY Daily News are both liberal (and the Times tends to do the opposite with their photo selection).

Yes, I've noticed the same: if a paper, especially the Times, is trying to make someone look bad, they will shoot him from close up (so we can see all his pores) from slightly below, so that we are peering up into his nostrils, a very unflattering angle.

John,
liked the post, I agree with your position on him not knowing about the wedding but shouldn't someone in the staff check these things out first before he arrives at a selected location? I thought the secret service usually scope out places days or weeks in advance of his arrival to prevent any surprises.

Thanks, have a great new year
Mad Dog

Mad Dog --
Thank you. yes, I'd think that someone on staff would check these things out, but I suspect that Presidential golf games take precedence over the hoi polloi, and that someone is inconvenienced wherever he goes.

You have a great new year too.