The brave women of FEMEN 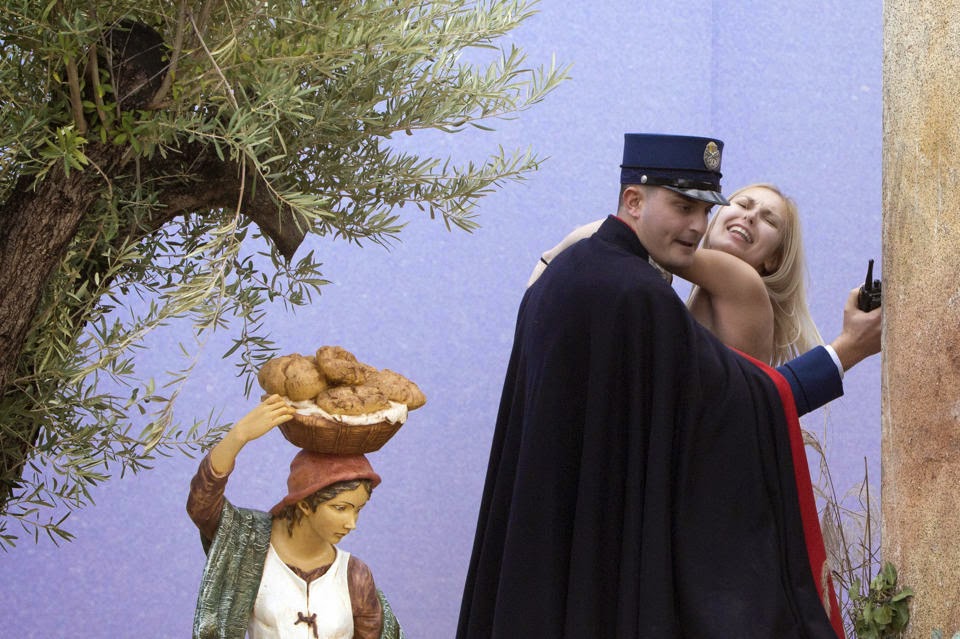 Yana Zhdanova, a member of FEMEN, snatched a statue of the Baby Jesus from a Nativity scene in St. Peter's Square and screamed, "God is a woman!"

The women of FEMEN do not make headlines the way they used to, but evidently they have been quite active with their protests against the Vatican. 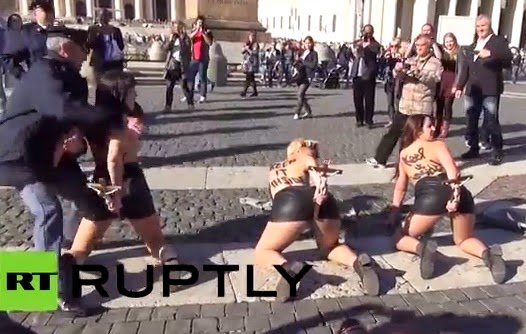 The women chanted, "God is not a magician, pope is not a politician!"

Who knows, maybe they're right about that as well: God, to my knowledge, has never performed card tricks, and the Pope is not a secular leader.

But I can't help but wonder how these women feel about the Islamic practices of clitoridectomy, and forcing women to wear burkhas, and not allowing girls to attend school.

And I can't help but wish that these brave women would demonstrate their disapproval of these practices by traveling to Mecca and wiping their asses with the pages of the Koran.

It would certainly be instructive to see what sort of reception they got.

The real -- if unintentional -- message FEMEN is delivering by protesting in Vatican Square rather than Mecca is that the Catholics are a far, far more liberal and humane group than the Muslims.
Posted by John Craig at 6:27 PM

Given the purpose for which crosses were originally constructed, does this technically qualify as masochism?

Jokay --
Ha! I'd say, given the shape of those hard plastic ornaments, with all their protruding edges, if they actually used them the way they're simulating, that would definitely qualify as masochism.