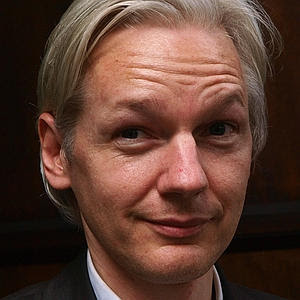 A NY Post editorial this morning discussed the damage caused by Wikileaks:

WikiLeaks, the anti-war group that dumped 75,000 pages of secret US military material onto the Internet, may already have blood on its hands -- even as it gets set to dump another 15,000 pages, putting yet more lives at risk.

This group needs to be stopped -- and held to account.

The Taliban reportedly has targeted at least 100 Afghans identified in the documents as informants for the US-led counterinsurgency -- and may already have claimed its first victim.

Marc Thiessen of The American Enterprise Institute reports that Taliban leaders gleefully announced they'd begun combing the documents -- which not only named the informants, but in many cases also ID'd their villages, family members and the names of those on whom they'd been informing...

But it may get worse: WikiLeaks says it will publish another 15,000 documents, with perhaps even more catastrophic consequences. That, the Pentagon says, would "compound a mistake that has already put far too many lives at risk."

WikiLeaks founder Julian Assange snidely retorts that the Afghan people "should know" who among them has engaged in "genuinely traitorous behavior" -- i.e., helping the US-led coalition.

Assange is clearly a guy bent on mayhem, though he cloaks his motivations in high-minded talk about transparency and openness.

If you check someone's biography on Wikipedia you can often find, reading between the lines, some formative influence (almost always in the "Early life" section) which accounts for their destructiveness and even sociopathy. What they said about Assange's childhood was very illuminating:

"According to The New Yorker, Assange was born in Townsville, Queensland in 1971. In the past, Assange did not publish his exact age, only stating that he was born in the 1970s.

Assange has said that his parents ran a touring theatre company, and that he was enrolled in 37 schools and six universities in Australia over the course of his early life. From age eleven to sixteen, he lived on the run with his mother and half-brother, avoiding his half-brother's father who was believed to belong to a cult led by Anne Hamilton-Byrne.

An article in The New Yorker has stated that Assange was married to his girlfriend in an unofficial ceremony at the age of 18 and had a son. The article says she left him while he was being investigated by the Australian Federal Police for hacking, and took their son."

A guy who touts the virtues of openness and transparency won't even give his own real age? When you've been to 43 schools in your life, it neither encourages stable relationships nor breeds any sense of loyalty. The most telling part, of course, was about how from age 11 to 16 he lived on the run, avoiding a guy whom his mother undoubtedly painted as the bogeyman to him and his half-brother. (It's possible the half-brother's father was the bogeyman.) And whatever happened to Assange's own father? Think that kind of background might have left Assange feeling bitter and deprived? And why did his "unofficial" wife leave him? Does he keep in touch with his own son? And what kind of person becomes a hacker in the first place?

Verdict: not quite enough evidence to know for sure, but probably a sociopath. He definitely seems to want to inject the anarchy that was so much a part of his early life into others' lives.

Be curious to know what that half-brother's up to these days.

I realize that you are assessing the sociopathy of JA, but as far as the release of the Pentagon material is concerned, the guy to blame is the guy who gave the material to Wikileaks, and perhaps the Army's security procedures. I don't see how we can expect any duty of care or loyalty from Wikileaks.

There is a clear need for some transparency and accountability in war, though of course it's a difficult balance with security needs. I am troubled by what I have heard about the Tillman episode, though I can't pretend to think I have heard the whole story.
G

Guy --
True enough, we should take a look at him. I don't remember his name, but I saw the first page of the NY Times' sympathetic article about him the other day. And I do think we know enough about Assange to say he's a pretty shady character. I said in the post that we don't have quite enough info to categorically call him a sociopath, but I'd still bet a lot of money that he is one.

I'm troubled by what I've read about Tillman too -- both the coverup and the question of who shot him and why. The Army Rangers are an admirable, tough group of guys, but I think they attract more than their fair share of sociopaths as well (guys who are fearless, who want a license to kick ass, and who want the glory). I wouldn't be surprised if a couple of the other Rangers who were annoyed by the amount of publicity Tillman got became jealous because after all, they put their lives on the line too, but didn't get nearly the glory Tillman got. So they just popped him. There's also been talk recently about how the Army may have wanted to silence him because it was rumored he was going to speak out against the war when he got back. I find that rumor/theory harder to believe. In any case, the autopsy showed that he was killed by three bullets in the forehead from close range, which doesn't sound like a friendly fire accident to me. (I'm talking about the real autopsy, not the original phonied up one.) I haven't seen the documentary yet, but plan to do so.