Confessions of a beta male 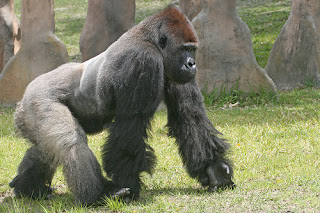 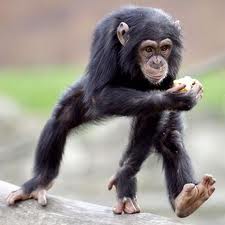 After having given the matter some honest thought, I have recently come to that most unwelcome of realizations: I am a beta male. I have a few alpha pretensions, but that's all they are --  pretensions. My instincts are entirely beta. I occasionally dream of being a silverback; but I am, at heart, a chimp.

The most humiliating part of this realization was the ease with which I was able to come up with examples of my beta-tude.

I have always displayed that most unmistakable of beta behaviors: I take no for an answer. (Even, sometimes, when it isn't given.)

As a former denizen of corporate America, I was never the type to pound my fist on the table and demand a better deal for myself. I just put my head down and hoped to keep my job.

I can't count the number of times I've buckled in the face of superior assertiveness.

When insulted, an alpha male lashes back, occasionally with his fists. I wonder whether the insult is true, and feel hurt.

An alpha male takes no crap from his wife. A beta just lets the hen peck away, in a vain effort to maintain the peace.

An alpha male responds, "Fuck you" to any number of situations. My response to most of those: "Well, okay, I guess."

An alpha doesn't even understand a lot of fears. I have the full complement.

Alpha males never need Dutch courage; I know in certain situations I will acquit myself better with drink.

I am strong for my size -- like a chimp -- but my muscles have been worked for. They didn't just pop out of their own volition, the way they do with some alphas. I am merely an ectomorph masquerading as a mesomorph.

Being a champion swimmer in college is alpha. Desperately hanging on for thirty more years to set a record for 55-year-olds is beta.

An alpha stands on the blocks before a 200 fly, looks over at his opponent, and thinks, I really want to beat that guy, I hate him. A beta looks over and thinks, wow, that guy has big muscles, no wonder his best time is four seconds faster than mine.

An alpha never looks at the nutrition info on a packet of food. If it tastes good, he eats it. I pretty much have the nutritional content of most of my foods memorized.

An alpha finishes his beer and pretty much without thinking, says, "I'll have another." I think, hmm, alcohol kills brain cells, puts extra stress on the kidneys, it'll mean another trip to the bathroom, and I may have a headache tomorrow morning: "No thanks, I'm fine for now."

When you think about it, blogging is a beta activity. All this careful cataloging and analysis. An alpha would (rightly) think, what a silly waste of time. Why bother?

When somebody asks me if I am a man or a mouse, I never admit to the latter. But I know it's true.

And when some sociopath tells me to grow a pair of balls, a little voice inside me chimes in: you know, that actually wouldn't be such a terrible idea.

I suppose I should be grateful there are only two classifications. If there were enough, I'd be an omega male.
Posted by John Craig at 8:28 PM

Judging from his that must be The Donald of gorillas.

Now that you mention it, the top of his head is colored differently, isn't it? Oh well, only his hairdresser knows for sure. (Am I dating myself with that comment?)

As you can see from this video, these alpha types are very toupee conscious.
http://www.bofunk.com/video/6151/gorilla_and_the_toupee.html

Ha! The onlookers' expressions were priceless.

John,
Another outstanding post, I tried putting my own beliefs in the examples you gave and came up about half and half. Trust me....your still an alpha, anyone who can stay in the shape your in is no beta. Those types would have thrown in the towel a long time ago and made countless excuses as to why they're no longer competitive.

Thank you Tom, but I'm afraid that just makes me a physically fit beta.

A true alpha male takes no crap from his wife? He does NOT let the henpecking continue in order to preserve the peace? Then, I must conclude, I have never met an alpha male.

You have a point. Maybe I should have said, they take LESS crap.

Or maybe those are the guys who end up married three or four times.

Rereading the post John, I think you have merely concluded that you are not an a*****e.
G

Guy --
Thank you; it did occur to me as I was writing it that maybe it was just a roundabout way of patting myself on the back, as there is a high correlation between alphaness and narcissism. But having said that, there are definitely times I wish I was more of an alpha.

You know, it doesn't matter if you're alpha or beta. Know your edge, you'll be good in the long run. It's not so bad when you can see both side of the coin.