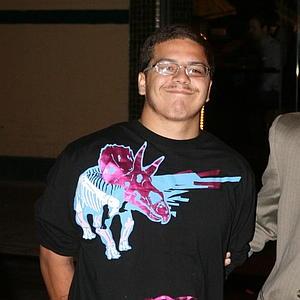 Today's NY Post  has an article about the sentencing of Jeromie Cancel, the sociopathic murderer who smoked a cigarette and watched a DVD while strangling his victim. My blogpost about him from last month:

Evidently in court his behavior didn't change. According to the Post:

Jeromie Cancel, 24, did not respond to the taunt aloud, but paused to flash the dad [of murder victim Kevin Pravia] a wide, toothy grin as he was led out of Manhattan Supreme Court in cuffs to begin serving 25 years to life in prison.

Earlier, though, Cancel had a smarmy retort when Pravia's furious younger brother, Michael, rose from his seat during the proceeding, visibly outraged that the man who had killed his brother was chuckling out loud at the defense table.

"Ill f- - king kill you, mother-f- - ker!" the brother stood and shouted from the gallery, jabbing at the air with his index finger. "Yeah, laugh, mother-f- -ker! I'll end you!"

"Come see me on Rikers Island," the smirking psycho jeered as the brother was led from the courtroom by court officers.

Adding insult to an already horrifying tragedy were Cancel's antics from arrest to sentencing.

"Because I wanted to!" Cancel shouted to reporters during his "perp walk," when asked why he'd committed the murder. "You got a problem with that?"

There's never any overestimating the shamelessness, lack of remorse, and viciousness of a sociopath. The only difference between Cancel and most sociopaths is Cancel doesn't bother to hide his character.
Posted by John Craig at 10:20 AM

Michael --
You're in good form today!

It's always reassuring to see the intellectual level of those who disagree with me.